I tore ligament off the bone: Charlize Theron on her hand injury 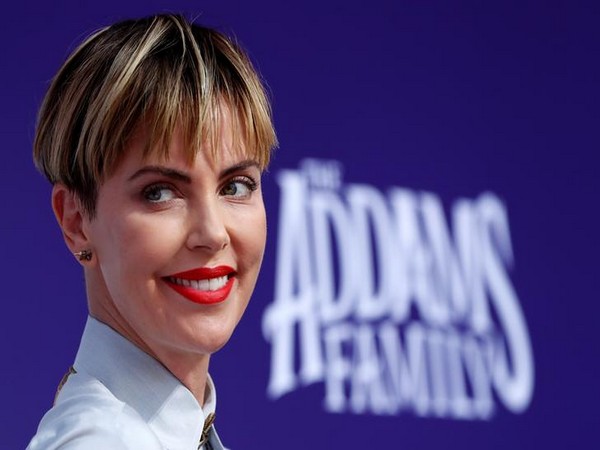 Washington D.C. [USA], Oct 9 (ANI): Seems like Charlize Theron is pretty serious when it comes to filming up fight sequences in her films. The actor opened up about how she "tore a ligament off" when shooting a scene for an action film.

As the actor stopped by Jimmy Kimmel Live! show, explaining how the cast on her thumb came about, she said, "This is so stupid. I did an action movie and I tore a ligament off the bone fighting a very big guy."
"It's like a fabric and then they mold it for hours around your [hand]," People quoted Theron as saying.
The 44-year old is currently awaiting the release of the animated film 'Addams Family', in which she has lent her voice to Morticia Addams' character.
The 'Hancock' actor isn't new to injuries. She most recently injured herself while training for 2017's 'Atomic Blonde' where she was seen as a secret agent on the run.
Not only this, but Theron underwent an intense experience filming the thriller and even ended up cracking her teeth from clenching her jaw too hard.
"It happened the first month of training," Theron had said in an interview with Variety earlier.
"I had severe tooth pain, which I never had in my entire life," she explained.
Even more, her visit to the dentist revealed that she might have to undergo surgery, "having to cut one of the teeth out and root canals."
Theron also injured her neck back in 2004 on the set of sci-fi movie 'Aeon Flux'.
Her upcoming release 'Addams Family' will hit big screens on October 11. (ANI)
ADVERTISEMENT