I've been in training: Brad Pitt discloses his new skill 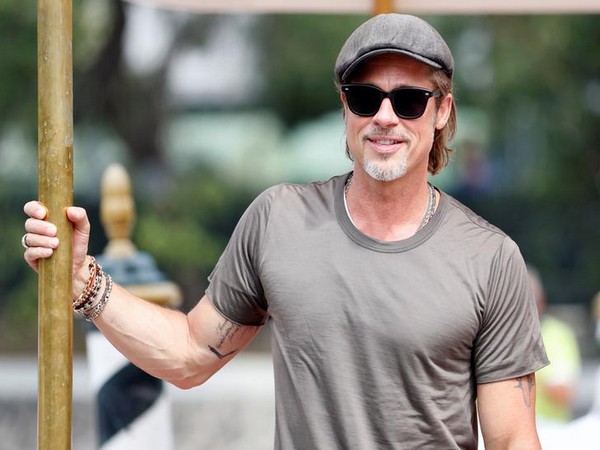 Washington D.C. [USA], Oct 8 (ANI): No doubt that Brad Pitt has become an icon in the Hollywood industry, but the actor is likely sculpting his way forward and trying hands at something new.

Pitt is learning the skills of sculpting from British artist Thomas Houseago and definitely "loves it."
"I've been in training, you know," The Hollywood Reporter quoted Pitt as saying during the LA premiere of his latest release 'Ad Astra'.
The actor even travelled with his master to the Venice Biennale, an art organisation based in Venice.
"I'm learning a lot and I love it. It's a really solo, all on your own venture," he said.
A couple of years ago, it was reported that the 'Troy' actor had skipped Academy Awards when his Plan B produced 'Moonlight' won home the award, for he was sculpting at Houseago's headquarters.
When asked if fans would be able to catch a glimpse of his sculptors, he said, "If I were to find something that I felt was original to my own vernacular in that way and it had something to add, then yeah. But If I felt it was too derivative of the greats, then no."
While he has his hands engaged in sculpting, his fans are witnessing him as an astronaut onscreen in 'Ad Astra' which hit big screens on September 20.
Pitt is seen sharing screen space with Tommy Lee Jones, Ruth Negga, Jamie Kennedy and Donald Sutherland.
The film is helmed by James Gray, who co-wrote the movie with Ethan Gross.
Max Richter penned the score and 'Interstellar' cinematographer Hoyte van Hoytema was the director of photography. (ANI)