It's a wrap for Hrithik, Tiger starrer 'War' 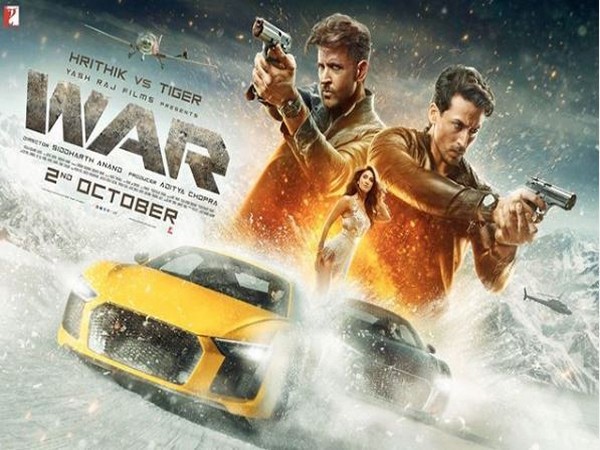 New Delhi (India), Sept 1 (ANI): Hrithik Roshan and Tiger Shroff's upcoming movie "War" is surely one of the most awaited films of the year. Well, the team has wrapped up filming for the action flick on Sunday.

As they culminated the shoot, the crew dined on an enormous cake which had the films' poster as the icing over it. Announcing the wrap on Twitter, the official handle of Yash Raj Films clipped a video featuring the celebrations post pack up.
Actors posed for pictures and selfies along with cutting the scrumptious cake!
The upcoming feature is seemingly high on its budget as it has been shot in seven countries and 15 cities across the globe.
And to put fans' curiosity to rest, makers dropped the highly action-packed trailer last month. It featured an intense rivalry between Kabir (Hrithik) and his student (Tiger).
Tiger, who was then tasked with killing Kabir, flaunted some jaw-dropping stunts.
The film even turned out to be the first film ever to be shot in the Arctic Circle.
With Siddharth Anand in the director's chair, the upcoming feature is bankrolled by Aditya Chopra under the Yash Raj Films banner.
The film is slated for a release on October 2 this year. (ANI)
ADVERTISEMENT