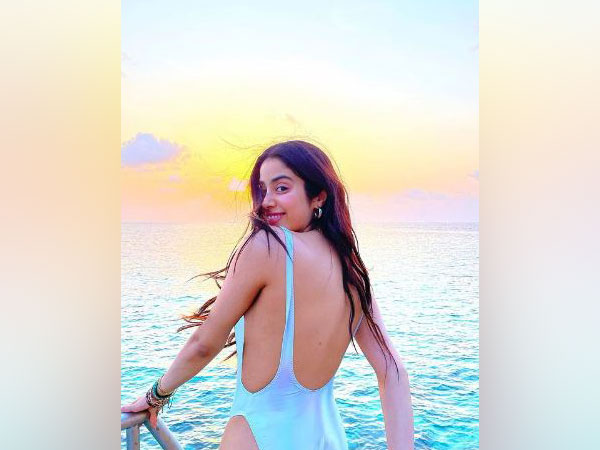 Mumbai (Maharashtra) [India], April 8 (ANI): Bollywood star Janhvi Kapoor on Thursday shared mesmerising glimpses of her getaway in Maldives as she viewed a gorgeous view of the sunset, clad in a monokini.

The 'Gunjan Saxena' actor hopped on to Instagram and posted a carousel of pictures that see the star enjoying her time at the exotic location. 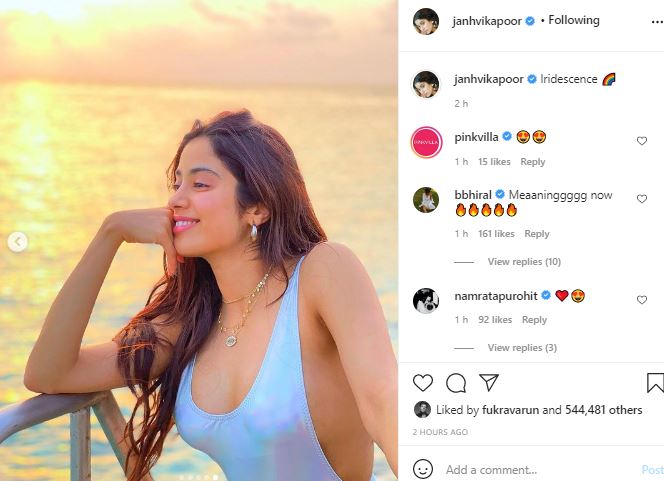 The first photo sees the actor clad in a shimmery silver monokini as she smilingly looks back at the camera and poses. The other photos are candid captures of the beautiful actor as the sun paints the sky red and a stunning picturesque view of the sky filled with the clouds presents a postcard-like scene.
The last picture shows an all smiles Janhvi as she seems to cherish her time amid nature's bounty.
The actor is seen flaunting her perfectly toned figure, and the silver monokini adds a charm to the photos.
The actor captioned the post as by writing, "Iridescence" and added a rainbow emoticon alongside.

Scores of fans chimed into the comment section as they adored the snaps by leaving red heart and heart-shaped eyes emoticons with the post.
Janhvi was last seen in 'Roohi', produced by Dinesh Vijan and Mrighdeep Singh Lamba. The film marked the first-ever collaboration of Rajkummar and Janhvi.

The horror-comedy also became the first film to arrive in theatres after the government allowed cinema halls nationwide to operate at full capacity from February 1 with COVID-19 safety protocols put in place. (ANI)
ADVERTISEMENT