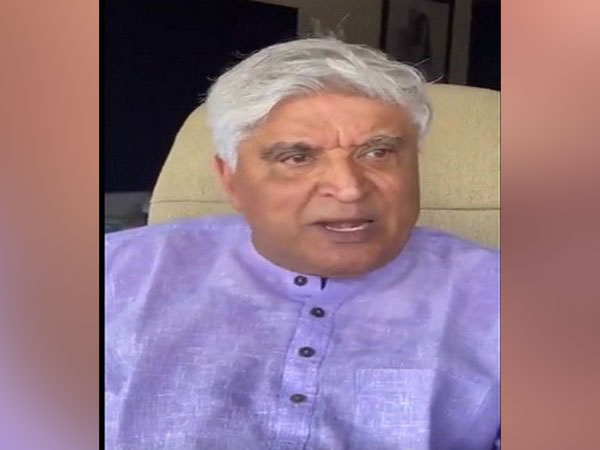 Mumbai (Maharashtra) [India], September 20 (ANI): Lyricist and scriptwriter Javed Akhtar on Monday expressed his discontent and appealed to all the Muslim bodies to collectively condemn the order by the mayor of Kabul telling women to stay at home.

Taking to Twitter, Akhtar wrote, "Aljazeera has reported that the mayor of Kabul has ordered all working women should stay at home. I expect all important Muslim bodies to condemn it because it is being done in the name of their religion. Where are all those who were till yesterday shouting in defense of 3 talaqs?"

The Kabul mayor has said that more than 2,900 people work in Kabul's city economy. Out of those, 27 per cent of them being women who work as local representatives in district offices, in revenue and construction engineering, he added.
This comes as a number of women in Afghanistan have been protesting against the Taliban government, demanding equal rights in all spheres of life.
Separately, work-wise, Akhtar, who started his career through screenwriting later shifted to penning lyrics for some of the most loved Bollywood songs revolving around love, loss and life.
Honoured with the Sahitya Akademi Award (2013), Padma Shri (1999) and Padma Bhushan (2007), the renowned lyricist also has five National Film Awards to his credit. Last year, he received the Richard Dawkins Award. (ANI)
ADVERTISEMENT