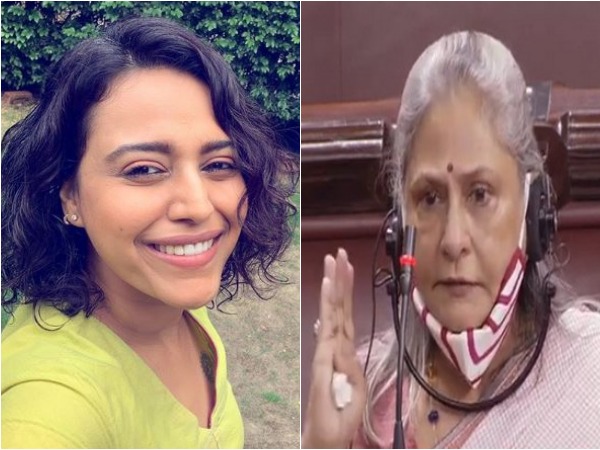 Mumbai (Maharashtra) [India], September 16 (ANI): A day after actor-politician Jaya Bachchan in a fiery speech slammed those who are tarnishing the film industry's image, actor Swara Bhasker on Wednesday joined the list of celebrities who supported veteran actor's statement in the upper house and said that the senior actor is a source of 'inspiration.' 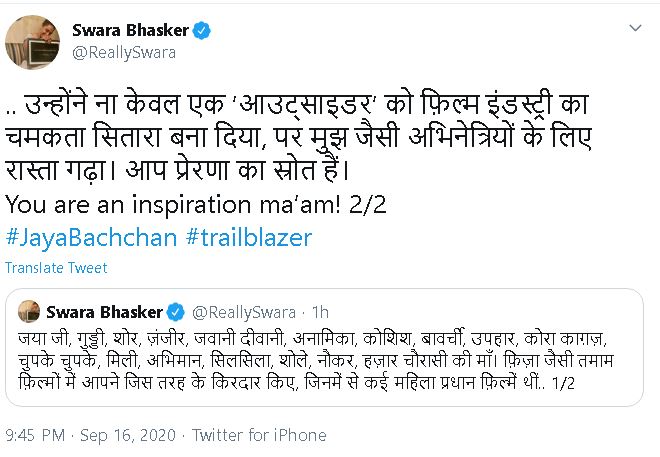 The translation of her tweet: "She not only made an outsider a bright star in the film industry but paved the way for actresses like me. You are a source of inspiration. You are an inspiration ma'am!"

Several other Bollywood actors including Shabana Azmi, Taapsee Pannu, Dia Mirza, Genelia Deshmukh, Sonam Kapoor, filmmaker Anubhav Sinha, and others have also supported Bachchan's statement.
A video of the statement has been doing the rounds of the Internet since Wednesday.
In the video, the lawmaker can be seen stating that the government should stand by the entertainment industry when some people are trying to tarnish its image.
She also said that people working in the entertainment industry are being "flogged" by social media.
Samajwadi Party MP Jaya Bachchan had on Tuesday given a zero hour notice in the Upper House over an alleged conspiracy to defame the film industry. (ANI)
ADVERTISEMENT