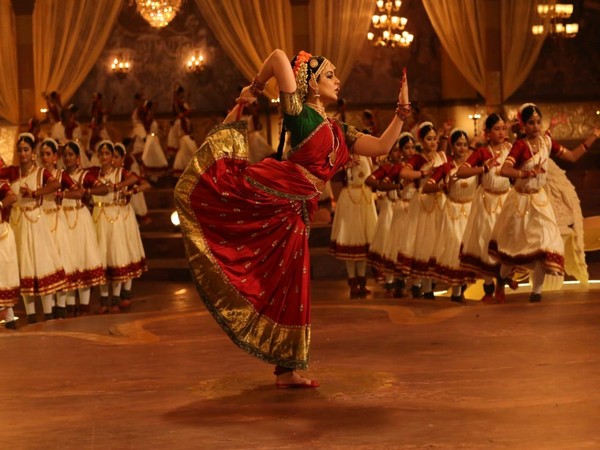 Mumbai (Maharashtra) [India], Feb 2 (ANI): Kangana Ranaut, who will next be seen essaying the role of actor-turned-politician J Jayalalithaa in upcoming biographical drama 'Thalaivi' -- has opened up about how much she resembles the former Tamil Nadu Chief Minister.

The 'Queen' actor revealed that she did a lot of research to portray the role of Jayalalithaa in the forthcoming biopic.
Making a healthy comparison with Jayalalithaa, the 'Panga' actor pointed out how they hold different statuses in the film fraternity.
"She (Jayalalithaa) was not like me. She was a more glamorous star ... Somebody like an Aishwarya Rai in Bollywood. It was a very big challenge to fit into those shoes because I'm not known as a glamorous star," Kangana said.
Explaining the common thread that led them to 'unusual actors,' she continued: "She was a very reluctant actor. It is the same with me. I never wanted to be an actor, and that is why we became very unusual actors."
Talking about how both of them took up parallel professions along with acting, she further said: "I think she always felt that she was worth much more than just being a glam doll [in films], and she became a politician. Like how I became a filmmaker because I felt that being an actress was very limiting for me. So, I think there are parallels."
The Padma Shri awardee also highlighted about the times in her life where she longed for a family and also expressed how this aspect of her life was similar to Jayalalitha.
"I think, like every woman, she longed for a family, and she longed for a child. There was a time in my life also when I longed for a family. Some of the married people took advantage of that ... There are scenes [in this film] with an actor who is married, and who promises marriage and then goes back on his word."
Empathising with Jayalalitha, Kangana also voiced that the character had to face a lot of public humiliation.
"This is what happens to a lot of young actresses. It is not something that only we share," Kangana states.
As a part of the preparation, the actor also has to undergo special training for classical dance and the director of the movie is all praise for Kangana and calls her a director's actor.
'Thalaivi' is being helmed by AL Vijay and has been written by 'Baahubali' and 'Manikarnika' writer KV Vijayendra Prasad and 'The Dirty Picture' and 'Once Upon a Time in Mumbai' writer Rajat Arora.
The movie is set to hit theatres on June 26, 2020. (ANI)
ADVERTISEMENT