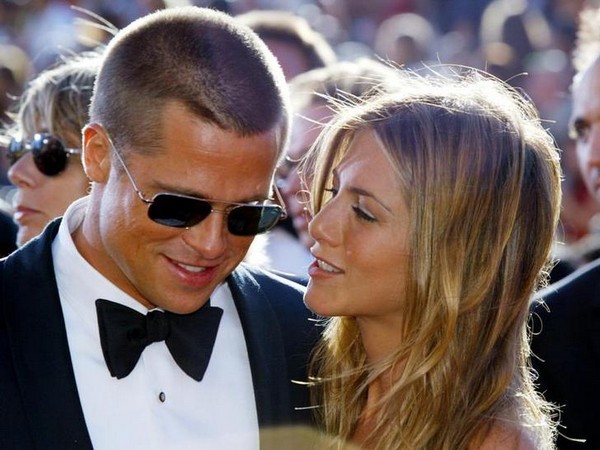 Brad Pitt was honoured with an outstanding performance by a male actor in a supporting role in 'Once Upon a Time... in Hollywood' at the award ceremony.
Delivering his acceptance speech, Brad joked about how his character in the film was a guy who "doesn't get on with his wife." After cracking the joke, a camera panned to his ex-wife Aniston, who smiled lovingly and clapped, reported People magazine.
In the speech, he stated: "Let's be honest. It was a difficult part. The guy who gets high takes his shirt off and doesn't get on with his wife. It's a big stretch. Big."
This year, Pitt and Aniston are both nominated for SAG Awards. Besides being nominated for the best supporting actor, Pitt was also nominated for outstanding performance by an ensemble cast in a motion picture for 'Once Upon a Time... in Hollywood'.
'The Mystery Murder' actor has also been nominated for her famous 'The Morning Show' for outstanding performance by a female actor in a drama series. She co-produced the show with her co-star Reese Witherspoon for Apple TV+.
Aniston's last nomination for SAG Award was for 2015 American drama 'Cake' while Pitt was nominated for 2016's 'The Big Short'.
Pitt won the Golden Globes Globe for best supporting actor in a motion picture and cracked another joke as he wittingly said, "I wanted to bring my mom but I couldn't, because anyone I stand next to, they say I'm dating. And that would just be awkward."
Immediately after the joke, the camera panned to laughing Aniston in the crowd. (ANI)
ADVERTISEMENT