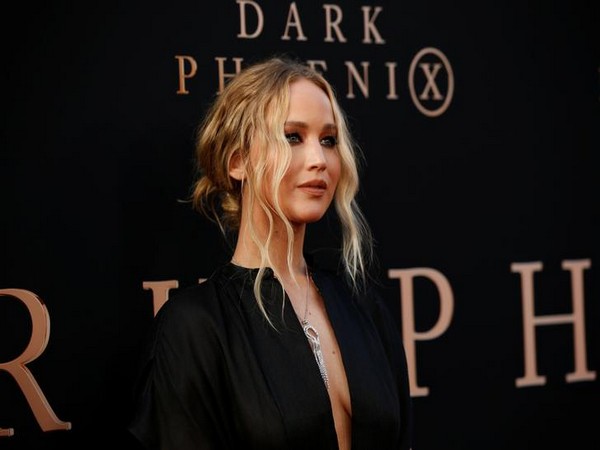 The 29-year-old Oscar-winning actor and the art dealer exchanged vows on Saturday, and the guests, which included Adele, Amy Schumer, and Kris Jenner, had a variety of tasty options to choose from during the reception.
The couple's wedding reception food was prepared outside the luxurious Belcourt of Newport -- a mansion in Newport, Rhode Island -- on a section of the estate's large gravel driveway.
Set out on large rectangular tables were rows of squash and carrots, and there were also tons of smoked fish and beef being cooked on open fire spits.
Around 11 pm a food truck for Boston's Baddest Burger and Sandwich Company parked right in front of the mansion.
However, there was one food item that didn't appear to be on the menu: Lawrence's own favourite creation, the chilli pizza sandwich.
The Hunger Games star opened up about the mouth-watering culinary invention back in 2016. "It's called a chilli pizza sandwich," she said in a video for Glamour, as she explained how to actually put it together. "You have a piece of pizza, you put chilli in it with noodles, like southern chilli with noodles, and then another piece of pizza, and then you eat it like a sandwich," reported People.
After tying the knot, Lawrence and Maroney held a wedding reception for their 150 guests, which also included Emma Stone and Ashley Olsen. (ANI)
ADVERTISEMENT