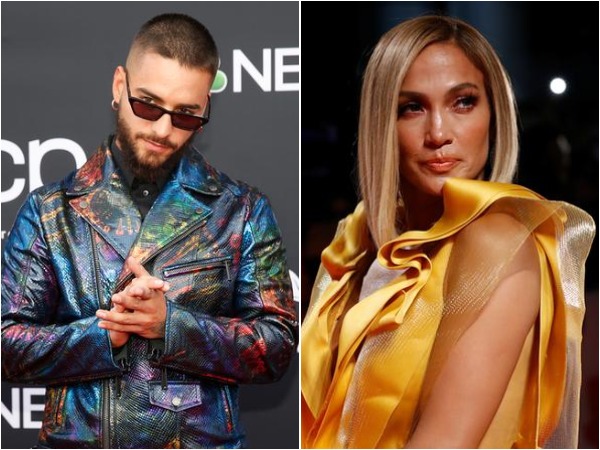 Washington DC [USA], Oct 6 (ANI): Singer-songwriter Jennifer Lopez made a special appearance at Madison Square Garden during Maluma's concert.
On Friday, the 'Hustlers' star joined Maluma on stage in New York City. However, it wasn't just any appearance. Trust Lopez to give her fans the biggest surprises!

The two stars seized the moment and used the 25-year-old singer's sold-out concert as the perfect backdrop to film one of their scenes for their upcoming rom-com 'Marry Me', reported E! News.
Lopez looked breathtaking in her gold-ensemble and bold lip colour. Her intricate gown gave us major J.Lo vibes and she looked nothing less than a goddess!
According to HOLA! magazine, fans "roared as J.Lo rose up centerstage in a spume of spoke like a Greek goddess."
As film and camera crew hovered near the stars on stage at Madison Square Garden, the duet performed J.Lo and Marc Anthony's hit song 'No Me Ames'.
The upcoming rom-com 'Marry Me' follows Lopez, a pop star, who finds out her fiance (played by Maluma) has been cheating on her with her assistant minutes before she's about to marry him. As soon as Lopez's character finds out, she spontaneously picks a random man (played by Owen Wilson) from the audience to marry her instead.
The rom-com will mark Wilson and Lopez's first on-screen collaboration since 1997's 'Anaconda'. According to Entertainment Tonight, the duo was also recently spotted filming at Deno's Wonder Wheel Amusement Park at Coney Island in Brooklyn, New York.
Lopez and Maluma not only surprised fans on Friday night by performing their first Spanish duet together, but they also wowed celebrities in the crowd including model Winnie Harlow.
The two stars also recently took to social media to give us a look into the first days of filming.
"The art of collaboration...it's what I love about this business!!! True magic happens when inspiration meets the absence of ego. It's so much fun when different artists come together and everyone contributes to create something special and true and real for everyone to experience and enjoy!! Issa flow... Here we go!!!," Lopez wrote on Instagram.
Maluma replied to her post writing, "I'm so grateful."
The release date of their film 'Marry Me' has not been announced yet. Directed by Kat Coiro, 'Marry Me' is based on a graphic novel by Bobby Crosby. (ANI)
ADVERTISEMENT