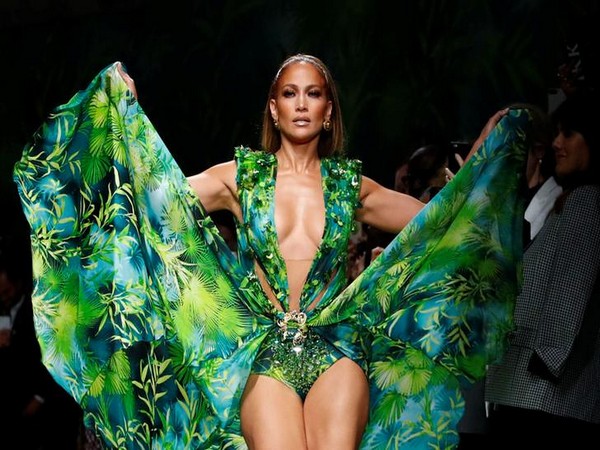 The ace singer revealed that she almost made up her mind to not wear "the dress."
Speaking to Vogue, the 'Papi' singer remembered that her designer for the occasion, Andrea Lieberman, didn't want her to step out on the red carpet, sporting couture that had already been photographed on a few celebrities like the Spice Girl Geri Halliwell and Donatella Versace herself, reported E-news.
"[Lieberman] came with three dresses, which I'm very spoiled now, people come with a thousand dresses when they come to a fitting for me," she said with a laugh. "That day, there are two or three dresses, and I'm looking."
"I tried on the green one, I came out, everyone was there, glam and everybody, and they were like, 'That's the dress'," she continued.
However, J.Lo's designer wasn't convinced and said, " you can't wear that."
"Somebody else has worn it. Actually, Donatella herself has worn it. One of the Spice Girls has worn it. Sandra Bullock has worn it in another colour.'," the 'Hustlers' actor recalled Lieberman saying so.
But Lopez was very sure that she was going to wear that Versace number only to the gala. "I said, 'this is what we're going to wear. This is it.'"
And as they say, the rest is history as the pop singer donned several versions of the green couture. But it became a viral moment once again after she walked Versace's runway on Friday (local time) afternoon. (ANI)
ADVERTISEMENT