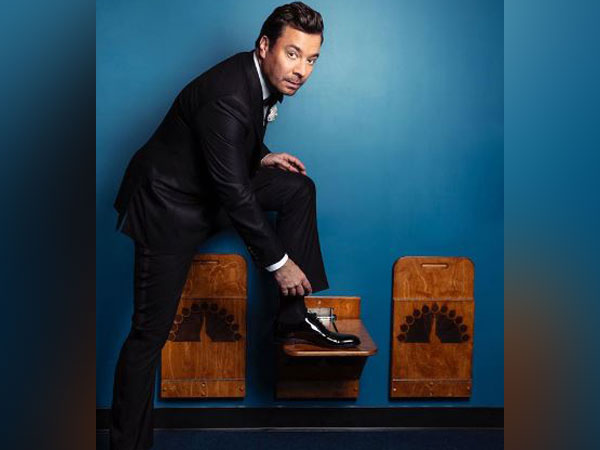 Washington DC [USA], Oct 3 (ANI): American stand up comedian Jimmy Fallon knows how to make his guests comfortable and happy on the sets of his show 'The Tonight Show Starring Jimmy Fallon'.

According to E-News, in an appearance on the show, actor Natalie Portman performed a skit.
Reading off a series of prompts, Fallon asked Portman for an expression to shout "if your dentist told you had six cavities" and an "insult a kid would say." Using phrases inspired by her son Aleph, 8, she shouted out buzzwords including "butt" and "fart".
Set on an apple orchard, the two donned some gloriously retro wigs and glasses and played a couple clearly on the outs.
As the scene kicks off, viewers learn Portman, hilariously playing the character Fuzzy, has been desperate to break up with her boyfriend Donald (hey Fallon!) since "the Revolutionary War".
"I can't believe this," Fallon quipped back, trying his best not to laugh. "Is this because of my slimy knees?"
"We're just really different people," Portman responded. "I was raised by two scuba divers and you were raised by llamas." (ANI)
ADVERTISEMENT