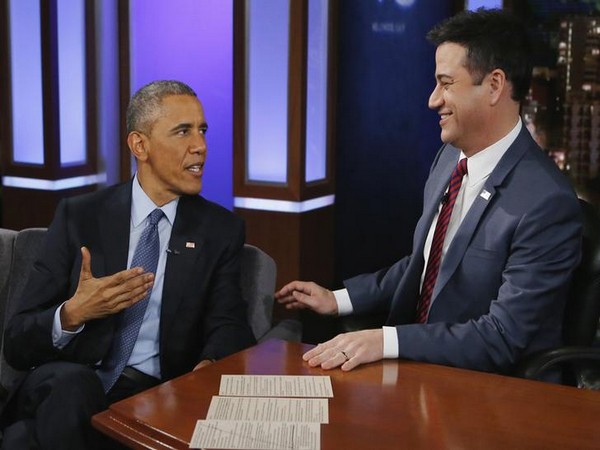 Washington D.C. [USA], Mar 16 (ANI): The reruns of TV show 'Jimmy Kimmel Live' will be pushed back half-an-hour in the coming week as the network ABC seeks to give a bigger platform to chat show 'Nightline' focused on the coronavirus pandemic.

According to Variety, ABC said on Sunday (local time) that Kimmel repeats will shift to the 12:05 am slot starting Tuesday through Friday as 'Nightline' goes all-in on coverage of the latest in the coronavirus pandemic.
For the next two weeks, 'Kimmel' is already set to be in reruns in view of the hasty shutdown of production on that show. Mostly, every other major TV and film production that was active last week has also been shut down.
ABC News said: "As the crisis continues to rapidly develop across the nation, by airing one-hour earlier, 'Nightline' will reach even more people with the important context, analysis and expert insight Americans want to stay informed and safe during this uncertain time."
'Kimmel' followed 'Nightline' for years in the midnight hour, but in 2013, the programs swapped places on ABC's late-night roster.
Temporarily, the chat show' Nightline' shifted its format to focus entirely on the latest in the fast-moving story of the coronavirus crisis.
The roster for the week's 'Kimmel's' episodes will feature a mix encore from mid-February and from earlier this month. In recognition of the national call for aggressive social distancing efforts to keep the highly contagious virus from spreading rapidly, the cable TV late-night series are going dark from next week
Anchored by Juju Chang and Byron Pitts, Steven Baker is the executive producer of 'Nightline.' (ANI)
ADVERTISEMENT