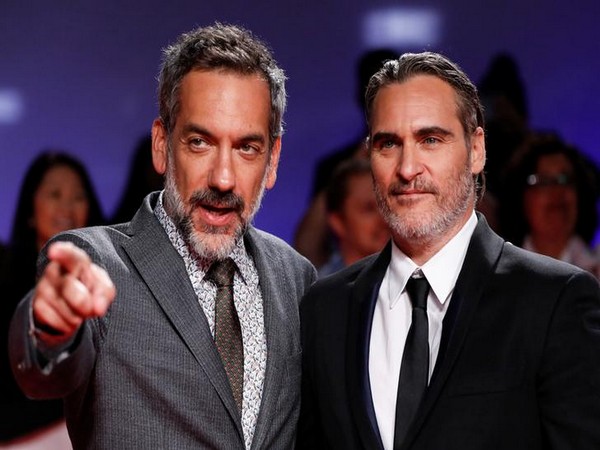 Washington D.C. [USA], Oct 2 (ANI): Actor Joaquin Phoenix opened up about his controversial new film 'Joker', which has been receiving flak amid fears that it could trigger violence.

Phoenix acknowledged that he predicted that the film will receive at least some criticism due to its subject matter, but he hopes it will spark more meaningful conversations once people actually watch it, reported Fox News.
"I didn't imagine that it would be smooth sailing. It's a difficult film. In some ways, it's good that people are having a strong reaction to it," the 44-year-old actor admitted.
The star explained that he wanted to play the iconic Batman villain in a way that the viewers could "sympathise or empathise with this villain."
"It's so easy for us to -- we want the simple answers, we want to vilify people. It allows us to feel good if we can identify that as evil. But that's not healthy because we're not really examining our inherent racism that most white people have, certainly. Or whatever it may be. Whatever issues you may have. It's too easy for us and I felt like, yeah, we should explore this villain. This malevolent person," he said.
"There's no real communication, and to me that's the value of this. I think that we are capable as an audience to see both of those things simultaneously and experience them and value them," Phoenix added.
Director Todd Phillips also spoke up about the flak that the film is receiving. He slammed the critically acclaimed film's backlash for its portrayal of violence.
In an interview with Vanity Fair, Phillips said, "We're making a movie about a fictional character in a fictional world, ultimately, and your hope is that people take it for what it is."
He went on to say that films can't be blamed for a world that is so f--ked up.
"You can't blame movies for a world that is so f-ked up that anything can trigger it," the filmmaker said.
"That's kind of what the movie is about. It's not a call to action. If anything it's a call to self-reflection to society," he added.
During a screening of Warner Bros. film 'The Dark Knight Rises', a gunman shot into a large crowd, killing 12 people and injuring 70. The shooter, James Holmes, was sentenced to life in prison.
The family members of those killed in the Aurora, Colorado mass shooting during a screening of 'The Dark Knight Rises' in 2012 recently sent Warner Bros. a letter voicing their concerns about the movie.
The movie theatre where the Aurora, Colorado, mass shooting took place will not screen 'Joker'.
'Joker' features a new take on the comic book character's origin story, and follows an aspiring stand-up comedian called Arthur Fleck (Phoenix) whose mental health issues escalate, ultimately leading him to a life of criminality, reported Variety.
Apart from Phoenix, the movie also features Robert De Niro, Bill Camp, Frances Conroy, Brett Cullen, Glenn Fleshler, Douglas Hodge, Marc Maron, Josh Pais, and Shea Whigham.
The upcoming flick is a part of the DC Comics universe but will serve as an independent origin story and will not feature any appearances by Batman and other caped crusaders.
The film is getting early Oscar buzz after winning the Golden Lion, the Venice International Film Festival's top award. Earlier this month, 'Joker' received an eight-minute standing ovation at its Venice Film Festival premiere for the origin story that the makers mapped out for Batman's arch-villain - Joker. (ANI)
ADVERTISEMENT