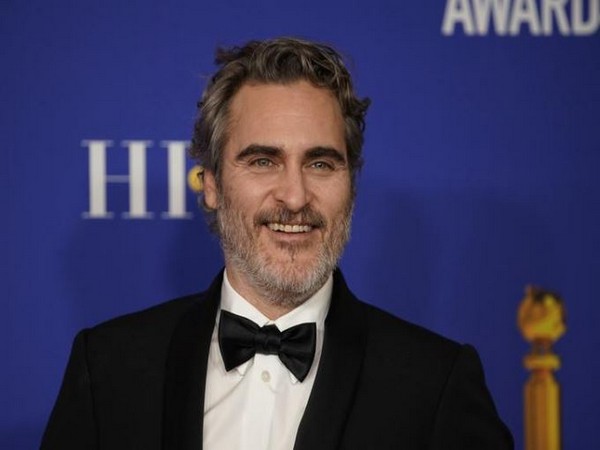 Washington D.C. [USA], Jan 20 (ANI): After receiving the award for the best performance by a male actor in a leading role for his character in 'Joker' at SAG Awards, actor Joaquin Phoenix on Sunday honoured late actor Heath Ledger.

At the award ceremony, Phoenix honoured the late actor with a heartfelt shout out.
Ledger originally portrayed the famous role of the comic book villain in 'The Dark Knight' which won him several accolades and appreciations including a Golden Globe, an SAG Award and an Academy Award.
Phoenix too won Golden Globe and SAG awards for his portrayal of the character. He has also received an Oscar nomination.
"Really, I'm standing here on the shoulders of my favorite actor, Heath Ledger," CNN quoted Phoenix as saying during the speech.
Ledger passed away at an age of 28 in 2008 due to an accidental overdose.
Further in his thanking speech, Phoenix termed Adam Driver's performance in divorce saga 'Marriage Story' as "devastating" and also applauded Taron Egerton for his role in 'Rocketman'. (ANI)
ADVERTISEMENT