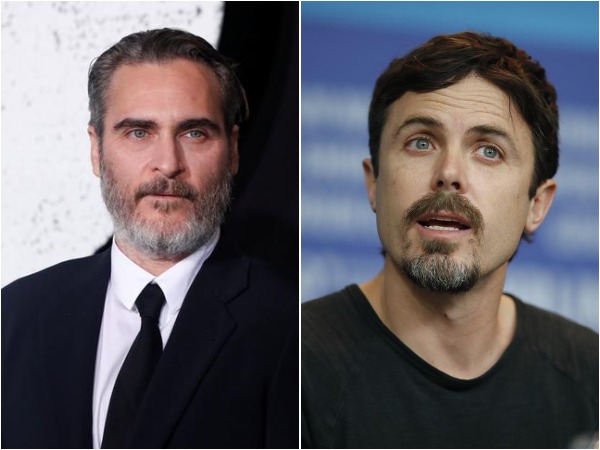 Washington D.C. [USA], Oct 5 (ANI): Actors Joaquin Phoenix and Casey Affleck used to be close friends and even got matching tattoos together, but Phoenix recently revealed that he stopped talking to Affleck "many years" ago.

According to a recent profile of Phoenix in Vanity Fair, the long-time friends, who first met on the set of the 1995 film 'To Die For', once lived in the same building in New York, and have matching tattoos that they got together in Italy, reported People.
Affleck was also married to Phoenix's sister Summer Phoenix from 2006 to 2017. In his interview with Vanity Fair, the 'Joker' actor shared that he hasn't been in touch with Affleck for many years now.
"My sister and him divorced. And I haven't spoken directly to him or indirectly in a long time. Three or four years," Phoenix told the outlet.
In 2010, the duo collaborated for the movie 'I'm Still Here', a mockumentary film directed by Affleck that followed a caricatured version of Phoenix.
Two sexual harassment cases were filed against Affleck in 2010 by two women who worked with him in 'I'm Still Here'. Affleck has denied all the allegations levelled against him and settled the suits out of court for undisclosed amounts.
In the settlement, Affleck did not admit any guilt. He and the accusers are prohibited from discussing the details of the case. Phoenix similarly did not discuss the allegations with Vanity Fair but told the outlet that he did not witness sexual misconduct himself.
Phoenix is currently earning Oscar buzz for his role in the new movie 'Joker'. In the film, the actor plays Arthur Fleck, a man who eventually becomes the titular villain and foil to Batman.
On Thursday night, Phoenix and the film's director Todd Phillips surprised fans at a New York City screening of 'Joker'. While the film has been receiving criticism for its graphic violence, John DeVore, the editor in chief of Humungus who was present at the screening, told People that the crowd stood and gave the two men a standing ovation after the movie finished screening.
Phoenix looked happy as he and the filmmaker told the crowd it was their first screening of the night.
"The audience was thrilled to see both of them. They seemed to love the movie, and I doubt Philips and Phoenix could have received a warmer welcome," DeVore told People.
'Joker' features a new take on the comic book character's origin story, and follows an aspiring stand-up comedian called Arthur Fleck (Phoenix) whose mental health issues escalate, ultimately leading him to a life of criminality.
Apart from Phoenix, the movie also features Robert De Niro, Bill Camp, Frances Conroy, Brett Cullen, Glenn Fleshler, Douglas Hodge, Marc Maron, Josh Pais, and Shea Whigham. (ANI)
ADVERTISEMENT