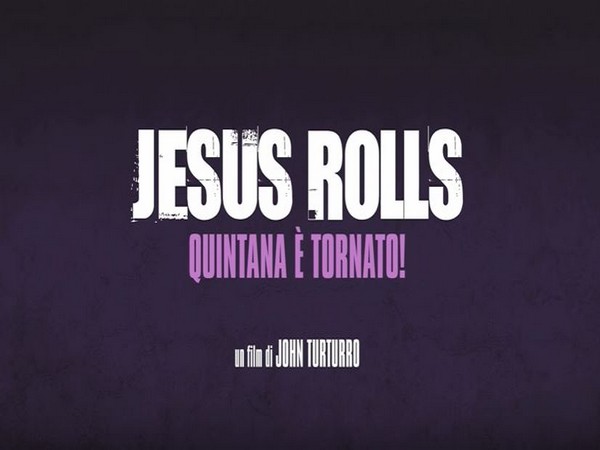 Washington D.C. [USA], Oct 4 (ANI): John Turturro-starrer and directorial 'The Jesus Rolls' is set to get a world premiere at the Rome Film Festival's pre-screening event on October 16.

The film is the spinoff of the 1998 film 'The Big Lebowski' and follows the story of Jesus Quintana (Turturro). It will hit theatres in early 2020.
Turturro who has also written the script of the film, stars along with Bobby Cannavale, Audrey Tautou, Jon Hamm, Susan Sarandon and Pete Davidson, reported Variety.
Jennifer Lopez starrer 'Hustlers' which released in September and Shia LaBeouf-starrer 'Honey Boy' which will hit screens on November 8 this year are also a part of the festival's lineup.
A total of 33 films and documentaries have been selected for screening at the festival including Martin Scorsese's 'The Irishman' which will have a centerpiece screening.
Moreover, the upcoming 14th edition of the festival, which is scheduled to run till October 27, will honour Viola Davis and Bill Murray with Lifetime Achievement Awards.
The festival will close with the world premiere of 'Tornare', from filmmaker Cristina Comencini, whose 2005 drama 'Don't Tell' was nominated for an Oscar. (ANI)
ADVERTISEMENT