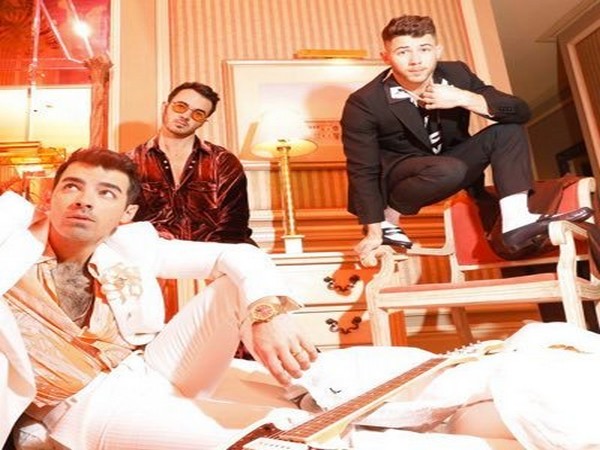 Washington D.C. [USA], Mar 14 (ANI): The latest to cancel large gatherings amid coronavirus threat are the Jonas Brothers, who have officially pulled the plug on their nine-date Las Vegas residency, which was set to kick off next month, due to safety concerns.

On Friday, the group issued a statement on social media saying that after "careful consideration and growing concern for our fans, touring staff and families' wellness," they're going to cancel their shows, which were set to run from April 1 to April 18 at the Park MGM. 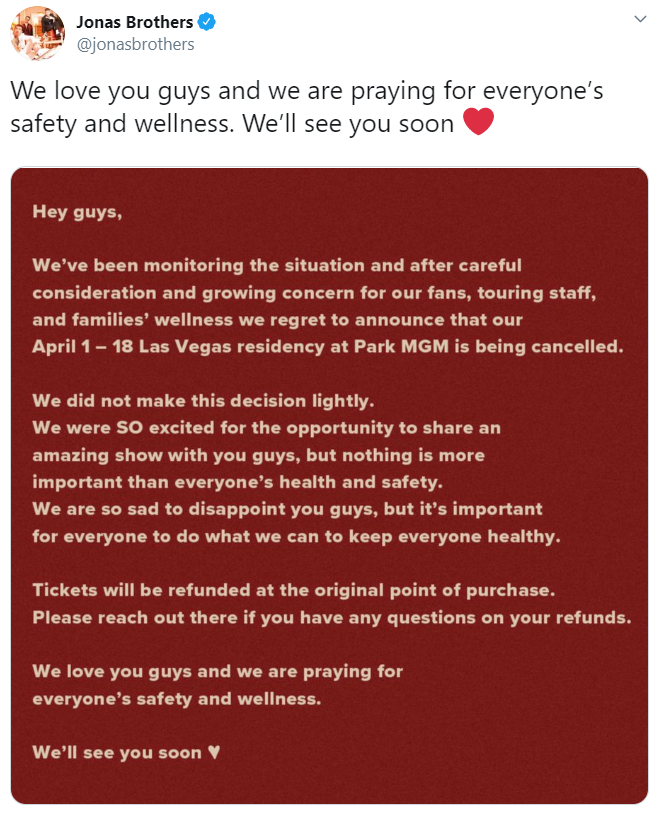 However, the brothers assured that fans with previously purchased tickets to attend the residency will be issued refunds from their original points of purchase.
"We love you guys and we are praying for everyone's safety and wellness. We'll see you soon," they concluded the post shared on Twitter. (ANI)
ADVERTISEMENT