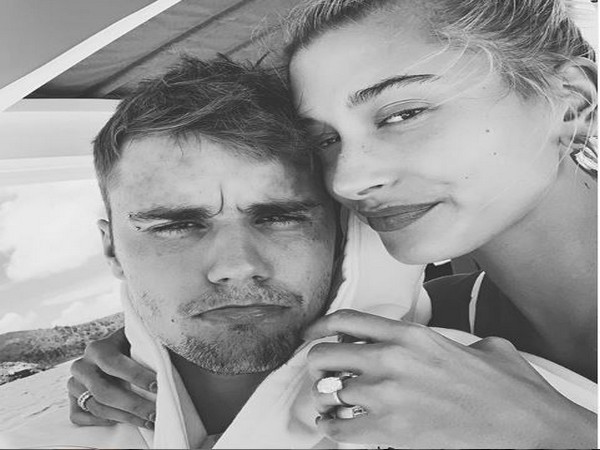 The pair celebrated in front of family and friends after a lavish wedding sunset ceremony at the Montage Palmetto Bluff in Bluffton, South Carolina, reported People.
The newly married couple exchanged vows in front of 154 guests - including several Hollywood A-listers like models Kendall Jenner, Camila Morrone and Joan Smalls, as well as Bieber's manager Scooter Braun -- at Somerset Chapel, a source confirmed to People.
Just prior to the wedding the guests enjoyed pre-ceremony cocktails at the Inn lobby lounge.
Guests were escorted to the post-ceremony cocktail hour ahead of the formal reception with plated dinner at the Wilson Ballroom. People also confirmed a performance by Grammy award winner Daniel Caesar.
Just before walking down the aisle, Bieber shared a picture of his wedding gift which was a new Audemars Piguet watch he'd apparently splurged on. "Got myself a lil wedding gift," he captioned the picture on Instagram.
"Hailey looked stunning in a white dress and veil. The group was in a wild, happy mood," a source told the outlet. "You could tell Hailey was very excited to celebrate with her friends. She was all smiles."
A day before the wedding, which was planned by Mindy Weiss, the couple hosted a rehearsal dinner for which the guests arrived at the Moreland Landing venue via speed boats.
"They enjoyed local food, including an oyster roast," an insider said, adding that later in the evening, several friends joined the families for bowling at the Boundary on the Montage property. (ANI)
ADVERTISEMENT