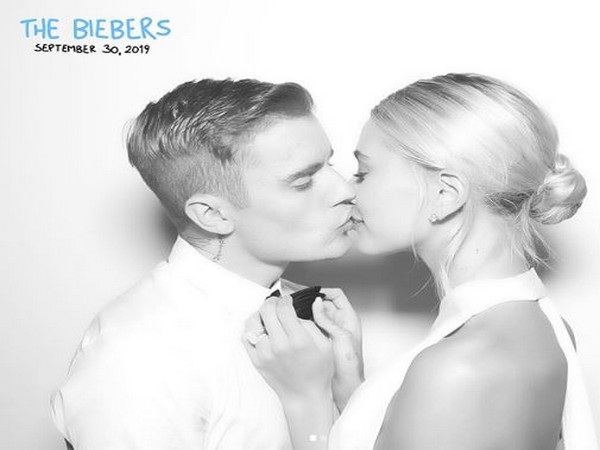 The groom took to Instagram to share snaps from the reception photobooth featuring Mr and Mrs Bieber and the "The Biebers" logo along with the wedding date.
In the first monochrome picture, the gorgeous bride is seen pulling at Justin's bow tie while he kisses on her lips.
The second snap shows the newlyweds goofing around for the camera as Hailey sticks out her tongue while Justin puts on a confused face.
"My bride is [fire emoji]," Bieber captioned the pictures. 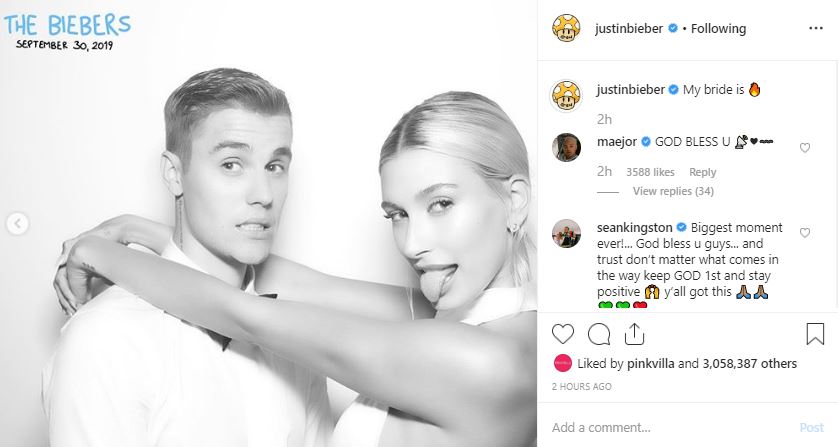