Justin Timberlake, Demi Lovato among several others to perform at Joe Biden's Inauguration 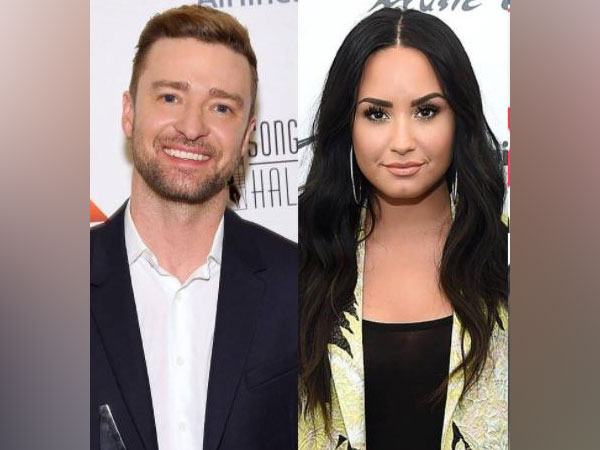 Washington [US], January 13 (ANI): Hollywood stars like Justin Timberlake and Demi Lovato will be among the superstars who will perform on January 20 at the inauguration of Joe Biden and Kamala Harris.

According to E! News Justin Timberlake, Demi Lovato, Jon Bon Jovi, and R&B singer Ant Clemons will be the ones to perform at the inauguration festivities for President-elect Joe Biden and Vice President-elect Kamala Harris. This was announced on Wednesday by the Presidential Inaugural Committee (PIC).
This special will feature remarks from both Biden and Harris, in addition to spotlighting American heroes who stepped up during the ongoing COVID-19 pandemic. As per E! News, it will follow the other events of this historic day, including the official Inaugural Ceremonies, a wreath-laying on Arlington National Cemetery, and a 'Parade Across America'.
The program will be aired live on ABC, CBS, CNN, NBC, and MSNBC, along with streaming live on the PIC's YouTube, Facebook, Twitter, and Twitch channels. In addition to that, it will be carried live on Amazon Prime Video, Microsoft Bing, NewsNow from Fox, and AT&T DirecTV and U-verse. (ANI)
ADVERTISEMENT