Kamal Haasan, Nagarjuna to present Tamil and Telugu versions of '83' 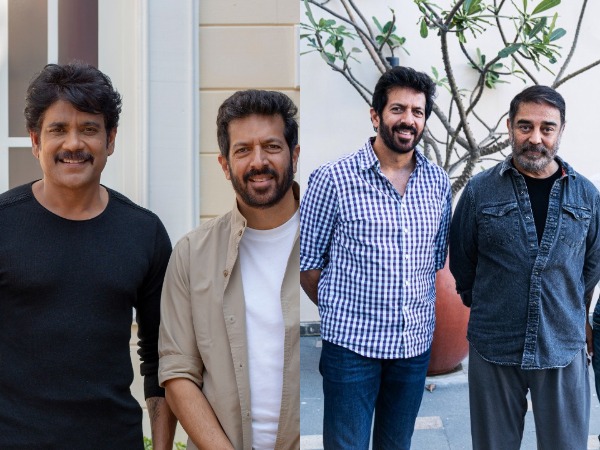 Haasan took to Twitter to announce that the film will be produced by his production company 'Raaj Kamal Films International'.
"Reliving the epic moment of winning the 83 World Cup which every Indian cherishes even today. We at @RKFI are delighted to present the film 83 in Tamil Nadu #Thisis83," reads Haasan's tweet.
Telugu star Akkineni Nagarjuna has also announced that his production house Annapurna Studios will be presenting the Telugu version of the film.
"India won its first world cup in 83 &we still get goose bumps when we think of that moment. Very happy to present the Telugu version of the film 83.#ThisIs83," reads Nagarjuna's tweet.
The makers of the film that narrates India's historic Cricket World Cup win of 1983 have been dropping character posters of the film introducing each of the cricketers of the then Indian team.
The sports-drama also has Deepika Padukone in the lead role opposite Ranveer Singh who is essaying the role of legendary cricketer Kapil Dev.
The movie also features R Badree, Pankaj Tripathi, Ammy Virk, and Saahil Khattar as the Men in Blue. Helmed by Kabir Khan, the movie is slated for release on April 10. (ANI)
ADVERTISEMENT