Kangana Ranaut pitches for revival of khadi on Gandhi Jayanti 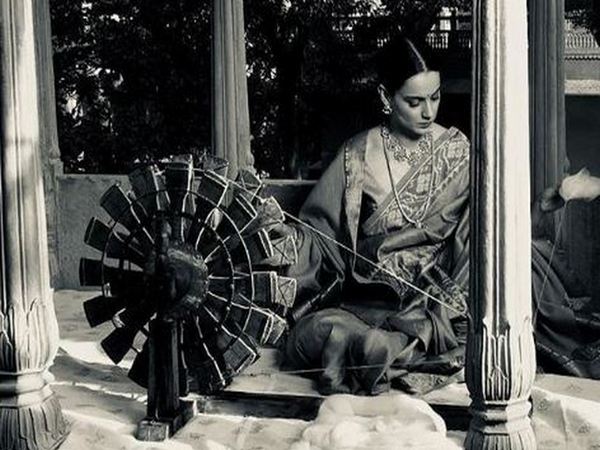 The 32-year-old actor, hailing Indian "culture", wrote, "On #GandhiJayanti, we would like to salute our culture, our heritage and the idea that khadi revival is critical for our textile industry to see a sustainable future."
Other then the heartfelt message, Kangana's appearance overawed fans as she looked every bit gorgeous spinning yarn on a charkha in a beautiful saree.
The 'Manikarnika: The Queen of Jhansi' star looked elegant with a bindi, a few classic ornaments and her hair neatly tied back. 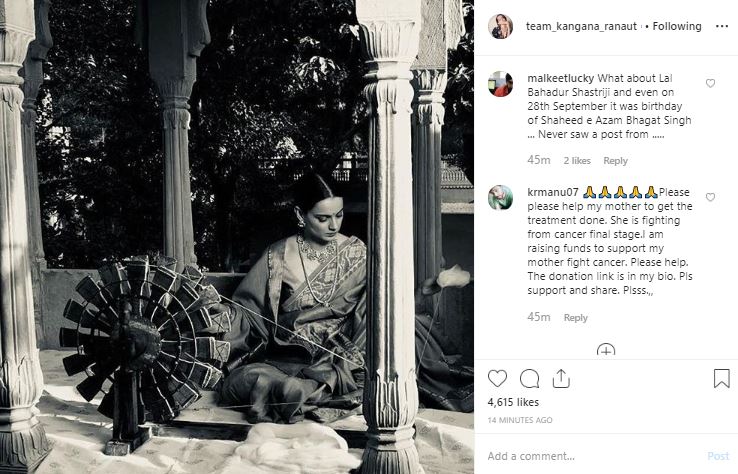 Kangana was recently seen prepping up for her upcoming flick 'Thalaivi' which is based on 'iron lady' Jayalalithaa.
The actor went all the way to Los Angeles where she measured for prosthetics for the film. The pictures of her being covered in glue were posted by her sister Rangoli Chandel on Twitter.
The film will go on floors post-Diwali near Mysore.
The producer of the film, Vishnu Vardhan Induri, had earlier revealed that renowned Hollywood artist, Jason Collins, who has worked on films like 'Blade Runner' and 'Captain Marvel', will be working on Kangana's look in the biopic.
The upcoming flick is being helmed by AL Vijay and produced by Induri and Shaailesh R Singh.
It is written by 'Baahubali' and 'The Dirty Picture' writers K.V. Vijayendra Prasad and Rajat Arora, respectively.
The biopic will be titled 'Thalaivi' in Tamil and Telegu while it will be called 'Jaya' in Hindi. (ANI)
ADVERTISEMENT