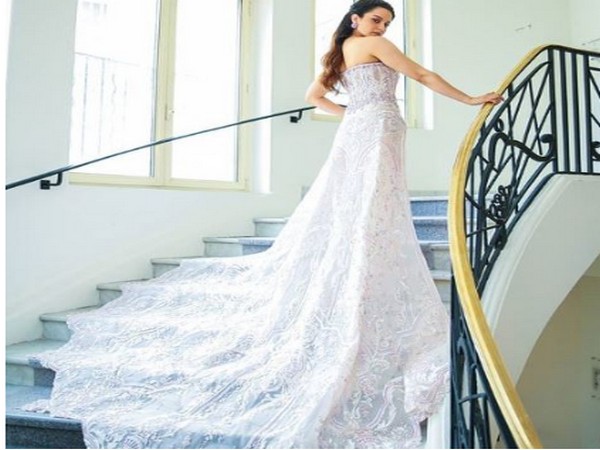 The video reel that the actor's team posted on social media consisted of two of her 2019 Cannes appearances.
Sharing the throwback video on social media, the actor's team wrote, "#TBT to this incredible moment from #Cannes2019 with #GreyGoose."
One of the most striking appearances of the 'Tanu Weds Manu' actor from the red carpet event of Cannes Film Festival was where she was seen strutting down the red carpet in an off-shoulder lavender coloured Michael Cinco gown which had heavy embroidery on it.
Ranaut kept her look as minimalistic as possible with long tresses and dewy fresh face of makeup and added just the right amount of bling with her Chopard earrings.
The other look of the 33-year-old actor that made heads turn during the festival was her golden coloured blingy traditional fusion dress.
The dress was a Falguni and Shane Peacock designed golden saree, paired with a heavy golden corset.
Kangana grabbed eyeballs with each of her looks during the Cannes festival last year.
This year's Cannes Film Festival has been called off due to the ongoing coronavirus crisis. (ANI)
ADVERTISEMENT