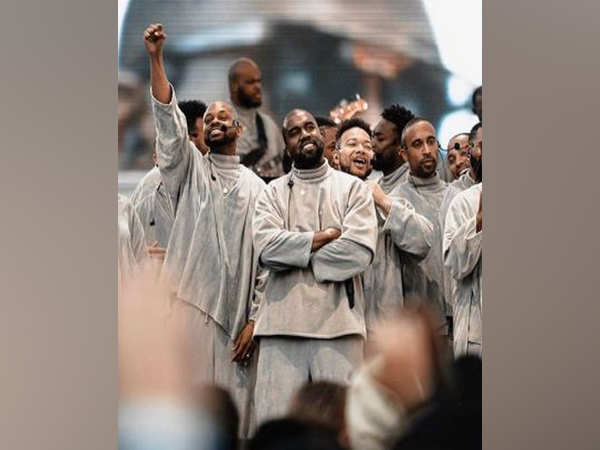 Washington D.C. [USA], Jan 22 (ANI): In a display of servitude towards God, rapper Kanye West stood in front of a crowd of more than 12,000 college students at a youth conference and delivered his testimony telling how Jesus completely transformed his life.

The 42-year-old who came out with the gospel-inspired album 'Jesus is King' last year, shared his story while performing with his Sunday Service Choir musical group at the Strength to Stand Conference in Tennessee, reported Fox News.
Kanye was invited at the event by Scott Dawson, an evangelist after comedian John Crist was compelled to withdraw as a result of "moral failure".
Fox News quoted the Christian Post website, according to which Kanye declared: "I believe Jesus died for my sins. There was a time when the devil had me."
"I stretch my hands to you Father I stretch. Do you know the good news? Jesus can save a wretch like me.," added Kanye while the 135-member strong group proceeded to sing.
According to Fox News, Kanye's gospel choir performed many songs from their debut album 'Jesus is Born,' whereas Kanye joined in with the tunes from his 'Jesus is King' album. (ANI)
ADVERTISEMENT