New Delhi [India], Mar 18 (ANI): Ace filmmaker Karan Johar on Wednesday shared a beautiful birthday post for his mother Hiroo Johar on her special day, and it is surely winning many hearts.

On the occasion of her birthday, the 47-year-old director shared multiple photographs with his mom on Instagram.
Not only the pictures grabbed the attention of many but also the beautiful caption penned by the star for his mother.
"The wind beneath my wings....my voice of reason....my conscience keeper and the big love story of my life! I love you so much, mama! @hiroojohar happy birthday!!!" the caption read. 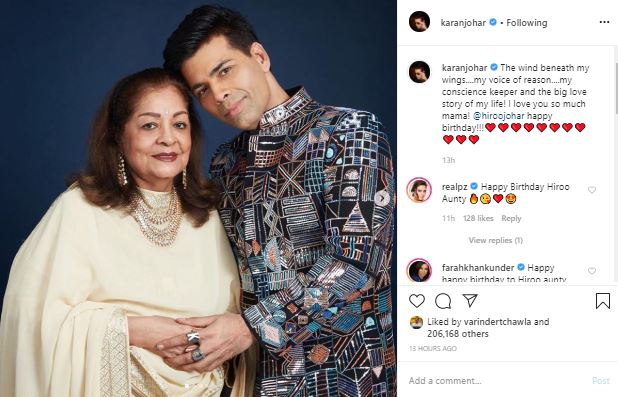 Soon many big names from the industry including Preity G Zinta, Farah Khan Kunder, Diana Penty and Rakul Preet extended their birthday wishes in the comments. 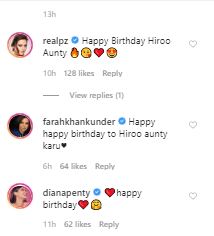 Meanwhile, on the professional front, Karan Johar will next be seen helming upcoming period film, 'Takht'. The movie is being produced by Hiroo Johar.
Kjo has earlier mentioned the movie's ensemble cast including Ranveer Singh, Kareena Kapoor Khan, Alia Bhatt, Vicky Kaushal, Bhumi Pednekar, Janhvi Kapoor and Anil Kapoor.
'Takht' is a historical drama based on the story about the enmity between brothers caused by the succession of the throne. In the movie, Vicky Kaushal will be seen essaying the role of Mughal Emperor Aurangzeb and Ranveer plays Dara, Aurangzeb's elder brother. (ANI)
ADVERTISEMENT