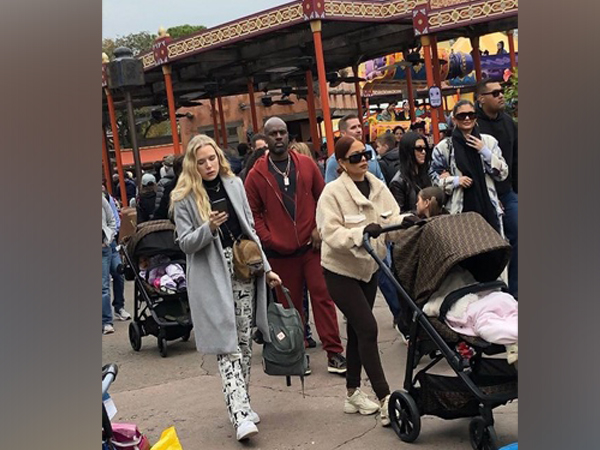 Kylie Jenner was seen with her ex-boyfriend Travis Scott, with their little baby Stormi Webster, who took a ride on Peter Pan's Flight, as per TMZ.
The two were spotted co-parenting together after several months.
The other members from the family were Kourtney Kardashian who wore a brown leather jacket paired up with a golden chain.
Kourtney was seen seated next to North West, daughter of Kim and Kanye West.
Kris Jenner was with her beau Corey Gamble enjoyed the rides with their grand-daughter Penelope.
According to Page Six, Scott Disick tucked his head underneath a white hooded sweatshirt while at the same time enjoying the thrill. (ANI)
ADVERTISEMENT