Kartik Aaryan goes from one climax to another 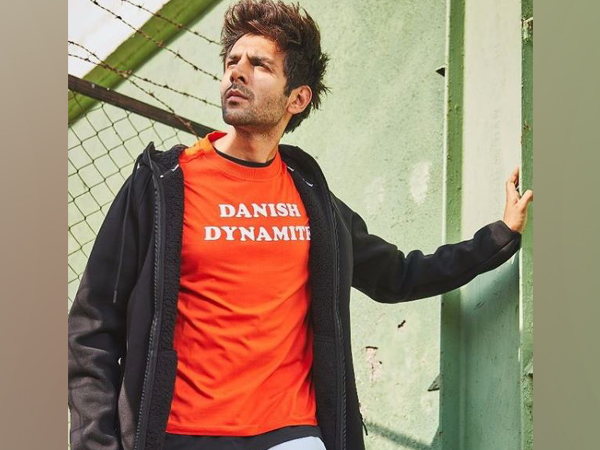 Mumbai (Maharashtra) [India], September 15 (ANI): Actor Kartik Aaryan recently revealed that he is shooting for the climax scene of 'Freddy'.

The actor, who recently shot for the climax of his upcoming film 'Bhool Bhulaiyaa 2', shared a picture from the shoot of the climax of his other upcoming film 'Freddy'.
The film also stars Alaya F in a lead role. The team is currently shooting in Panchgani Hill Station, Maharashtra.
Taking to his Instagram handle on Wednesday, Kartik shared a monochrome picture of the clapperboard of the climax scene of the film 'Freddy'.
"Climax pe Climax," he captioned the post. 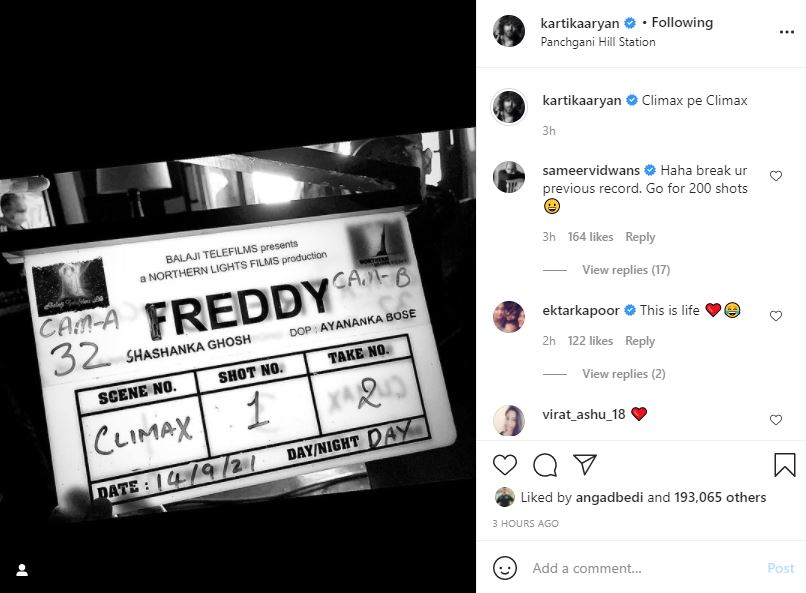 Kartik's colleagues and fans dropped interesting comments on his post.
"Haha break ur previous record. Go for 200 shots," wrote Sameer Vidwans, who will be directing a musical love story starring Kartik in the lead.
"This is life," quipped Ekta Kapoor.
'Freddy' went on floors on August 1 in Mumbai. The forthcoming film is being helmed by Shashanka Ghosh and is produced by Ekta Kapoor (Balaji Telefilms) and Jay Shewakramani (Northern Lights Films).
The romantic thriller is said to be packed with unpredictable twists and sharp turns. (ANI)
ADVERTISEMENT