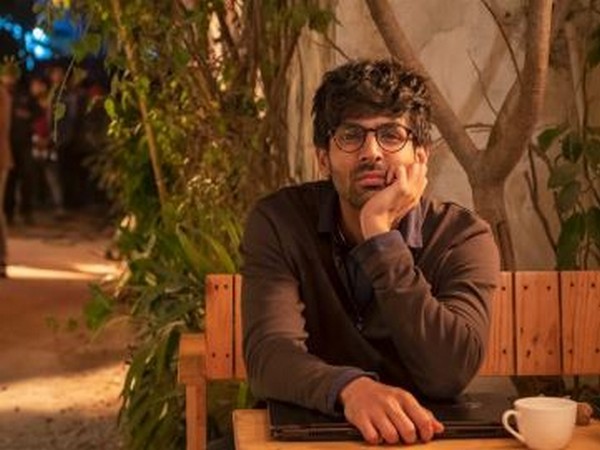 New Delhi [India], Jan 22 (ANI): Adding much to the excitement of fans for his upcoming flick 'Love Aaj Kal', Kartik Aaryan went on to reveal character number 2, Veer on Wednesday.

In the flick, Kartik will be seen playing two roles- one opposite Aarushi Sharma and the other opposite Sara Ali Khan.
The 29-year-old actor hopped on to Instagram as he introduced Veer in a post that read, "Meet my other half #Veer #Aaj #2020 Koffee With Veer !! Kaun chalna chahega ?#LoveAajkal"

In the picture shared by the 'Pati Patni Aur Woh' actor, Kartik is seen sporting a geeky look as he is sitting on a bench holding a laptop in his hand alongside a coffee mug on the table.
The actor invited the audience to have a coffee with him in the intriguing caption.
Earlier, Kartik had shared a picture introducing his character Raghu, which was seen striking a pose to mimic Salman Khan from one of his 90's flicks.
The movie 'Love Aaj Kal' is the remake of the 2009 movie by the same name. The original movie featured Sara's father Saif Ali Khan and Deepika Padukone in the lead, it explored two love stories set in different time periods.
The movie will feature Kartik Aaryan and Sara Ali Khan in the lead roles.
Directed by Imtiaz Ali, the movie also features Randeep Hooda and Arushi Sharma in significant roles.
The movie, which is set to release on February 14, 2020, presents Kartik and Sara as Veer and Zoe. (ANI)
ADVERTISEMENT