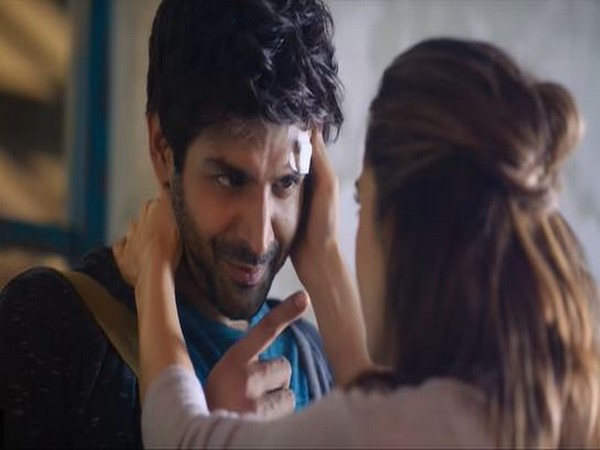 Introducing the second character from his upcoming 'Love Aaj Kal,' actor Kartik Aaryan on Wednesday shared the first song from the romantic-drama, which he said was his favourite.

The three-minute-ten-second song features captures the characters in a variety of emotions.

It captures the innocence of first love that resonates generation after generation despite differences in its expression. It features the love stories of two couples, the first couple being debutant Arushi Sharma and Kartik Aaryan, and the second love story is of Sara and Kartik.

The song has been composed by Pritam. Penned by Irshad Kamil and crooned by Arijit Singh it is a soul-stirring number to listen on loop.

The movie 'Love Aaj Kal' is the remake of the 2009 movie by the same name. The original movie featured Sara's father Saif Ali Khan and Deepika Padukone in the lead, it explored two love stories set in different time periods.

The movie will feature Kartik Aaryan and Sara Ali Khan in the lead roles.

The movie, which is set to release on February 14, 2020, presents Kartik and Sara as Veer and Zoe.