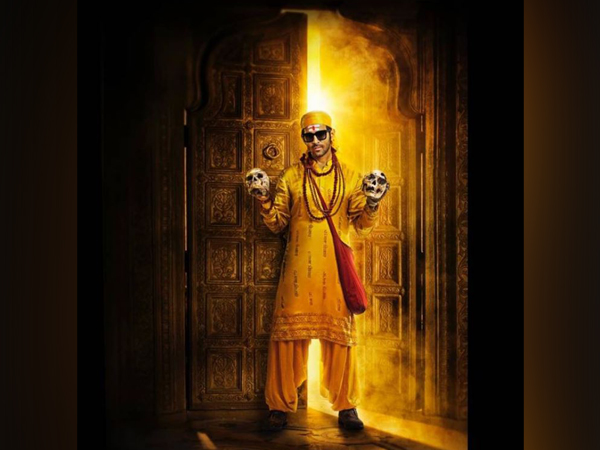 The team of the film had a quirky way to announce the release date of the upcoming outing. Kartik, director Anees Bazmee, producers Bhushan Kumar and Murad Khetani were all seen with skulls in their hands for the announcement post.
They also shared a still of the 'Pyaar Ka Punchnama' actor in the look of a godman with a skull in his hand.
Taking to the official T-series Instagram handle, the makers wrote, "The edge-of-the seat comedy psychological thriller starring Kartik Aaryan, Tabu and Kiara Advani will release in theatres on 19th November 2021. Produced by Bhushan Kumar, Murad Khetani, and Krishan Kumar under the banner of T-Series and Cine 1 Studios, the film is directed by Anees Bazmee & written by Farhad Samji and Aakash Kaushik." 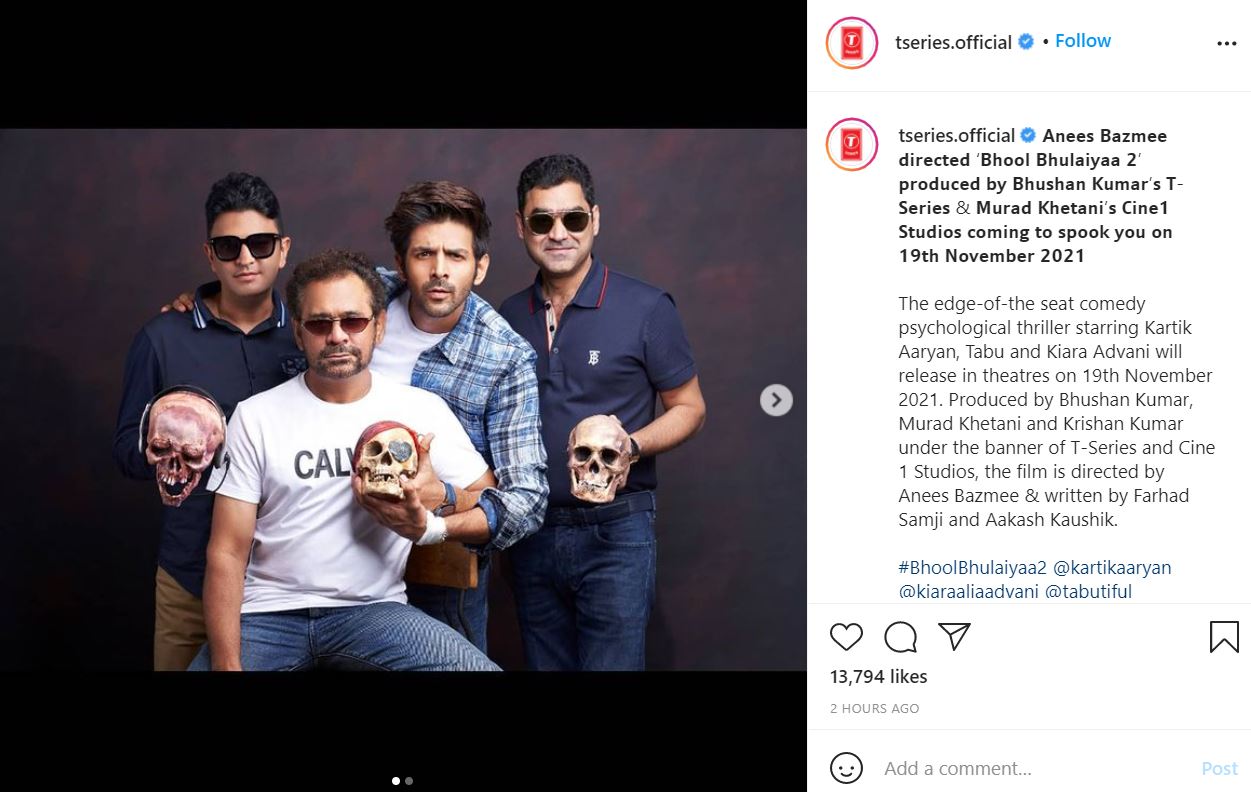 The release date announcement came after Kartik on Saturday asked in a social media post, "Meri koi release date announce nahi ho rahi kya (Are none of my release dates being announced)?"
The hilarious post was a reaction to the slate of films being announced for a theatrical release this year by most of the top studios and producers.
'Bhool Bhulaiyaa 2' is a sequel to the 2007 horror-comedy starring Akshay Kumar and Vidya Balan, which was directed by Priyadarshan. The Priyadarshan-directorial that released in 2007 was a remake of the 1993 Malayalam psychological comedy-thriller 'Manichitrathazhu'.
'Bhool Bhulaiyaa 2' is produced by Bhushan Kumar and Krishan Kumar under their banner T-Series and Murad Khetani of Cine 1 Studios.
The forthcoming film, also starring Tabu, Kiara Advani, Rajpal Yadav, and Govind Namdev in pivotal roles, is written by Farhad Samji and Aakash Kaushik.
For the unversed, the production of 'Bhool Bhulaiyaa 2' was halted in March 2020 due to the coronavirus pandemic. The team was filming in Lucknow days before the nationwide lockdown was announced.
Meanwhile, 'Bhool Bhulaiyaa 2' is Kiara's second release for 2021 as 'Shershaah' co-starring Sidharth Malhotra is scheduled to release on July 2.
As for Kartik, the actor was last seen in Imtiaz Ali's film 'Love Aaj Kal' alongside Sara Ali Khan. He has two films lined up for releases -- Karan Johar's film 'Dostana 2', and Ram Madhvani's 'Dhamaka'. (ANI)
ADVERTISEMENT