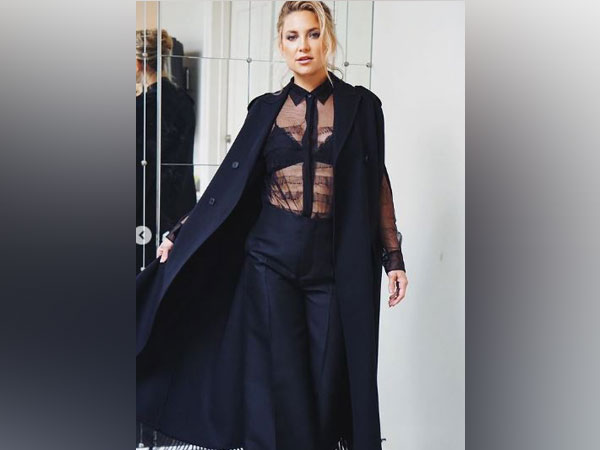 Washington [US], February 22 (ANI): American actor Kate Hudson recently addressed the criticism that her movie 'Music' has been receiving for its portrayal of autistic people.

According to Fox News, the 'Something Borrowed' actor was asked about the controversy during a recent appearance on 'Jimmy Kimmel Live' where she defended the film.
When asked about the backlash surrounding 'Music', Hudson told host Jimmy Kimmel, "I think when people see the film, that they will see the amount of love and sensitivity that was put into it. But it is an important conversation to have, not just about this movie, but as a whole about representation."
She continued, "For me when I hear that there's anybody that feels left out I feel terrible. It's an ongoing and important dialogue to be had, about neurotypical actors portraying neurodivergent characters. It is an important one to have with people with experts and who know how to engage in the conversation. I encourage it, truly. I think that it's important to say that we are listening."
'Music', co-written by musician Sia, portrays Hudson playing a recently sober drug dealer who finds herself charged with taking care of her younger sister, a special-needs teen named Music played by actor Maddie Ziegler.
As per Fox News, the movie, which earned two Golden Globe nominations, came under fire for its portrayal of autistic people as well as the decision to cast neurotypical Ziegler as someone on the autism spectrum.
The movie also received intense criticism after it was revealed that a scene in the film depicts Maddie's character being restrained during an episode, something that people in the autism community pointed out can be dangerous for both the person being restrained and the one doing the restraining.
'Music' had hit the big screens on February 12, this year. (ANI)
ADVERTISEMENT