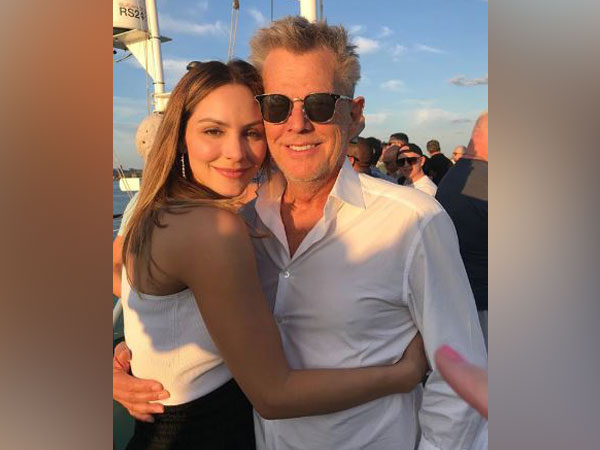 Washington D.C. [USA], Sept 10 (ANI): Newly-married couple Katharine McPhee and David Foster recently grabbed eye-balls as they made their first red carpet appearance as husband and wife at the Toronto International Film Festival.
The couple who have been busy zipping across the globe for various appearances, vacations, and gatherings, are now in Toronto, reported E-News.

It's been hardly moths since the duo got hitched in a quaint wedding ceremony in London, and somehow they've only just now crossed this major item off their to-do list. But the long wait was worthwhile as it bought Davis's three daughters, Amy, Erin, and Jordan Foster together. The three posed with their new mother at the Toronto International Film Festival, where a documentary about David is making its premiere.
The documentary titled 'David Foster: Off the Record' features interviews with the producer's collaborators, including Lionel Richie, Celine Dion, and Michael Buble. (ANI)