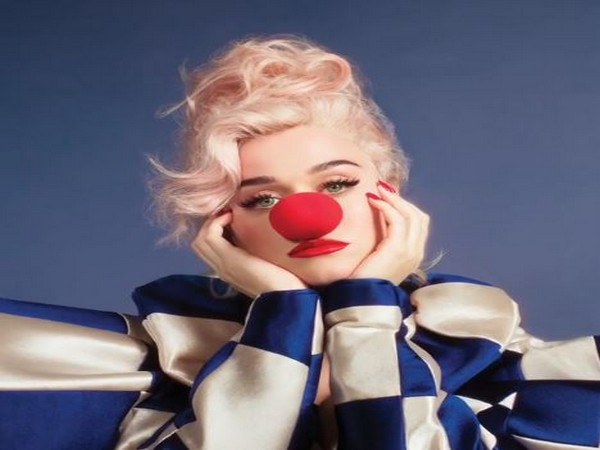 New Delhi [India], July 28 (ANI): Singer Katy Perry has planned something fun for her followers to make up to them after announcing the delay in the release of her upcoming album 'Smile'.

On Tuesday, the soon-to-be mother made the announcement on Twitter that "due to unavoidable production delays", the already scheduled studio album will now be released on August 28.

However, the 35-year-old singer in the series of tweets also revealed her plans to make it up to her legion of followers for delaying the release of her fifth studio album, which was previously slated to drop on August 14.
For that, the 'Roar' singer, starting from August 2, until the album drops, will go live for 30 minutes to talk more about the coming album and to share some snippets from it.
"You'll see new merch... I'll play some snippets... maybe we'll go live together... we'll def have a good chat! Clowns-n-Cats - Thanks for being so flexible in this time... it's a wild one, for sure, but I hope the patience will be worth the wait!" the tweet read.
Talking about the album delay, Perry also explained how much she "hates to throw this bad news at you like a pie in the face."
On the personal front, the singer and her fiance Orlando Bloom are all set to embrace the journey of parenthood as Perry's due date is anytime now. (ANI)
ADVERTISEMENT