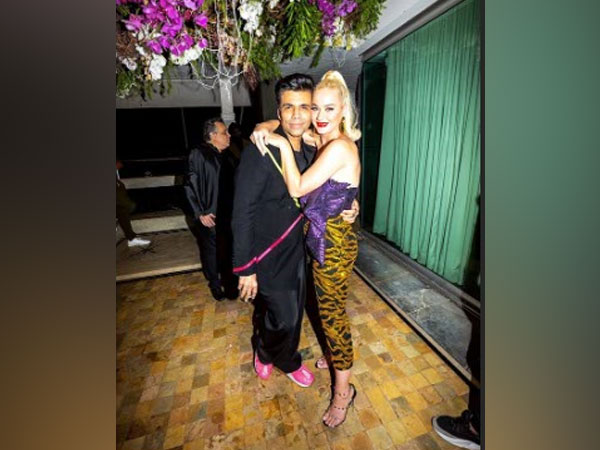 American singer Katy Perry got a warm welcome from Bollywood on Thursday. She was hosted by filmmaker Karan Johar at his residence. He organised a special party for the singer, and the do saw Alia Bhatt, Jacqueline Fernandez, Aishwarya Rai Bachchan, Abhishek Bachchan, Kajol, Malaika Arora, Ananya Panday, Kunal Kemmu and many others in attendance.
Turning the best host in the town, the filmmaker threw a bash welcoming several B-towners along with the American singer who became the centre of attraction!
The 'Roar' crooner who was in India to perform at a music festival on Saturday night, had exchanged hugs and handshakes with people from the film fraternity including Aishwarya Rai Bachchan, Alia Bhatt, Jacqueline Fernandez, Kiara Advani, Ananya Panday, Neha Dhupia, among others at Johar's party.
On Sunday, she put out a picture of her hugging close to the host Karan on the Instagram story and wrote, "Thanks for the warm welcomes."
While several stars had already posted pictures with her on the same night, Perry too shared a glamorous still from the party with the "Bollywood babes."
Those seen in the image included Malaika Arora, Katy, Alia, Karan, Aishwarya and Jacqueline all in their best bib and tucker.
Katy's recent trip to India came after a long gap of seven years . Apart from the party, the singer roamed around on the streets of Mumbai and shared the same on social media.
Perry along with British singer Dua Lipa delivered a power-packed "sweaty" performance at the D Y Patil Stadium in Mumbai on Saturday night. (ANI)
ADVERTISEMENT