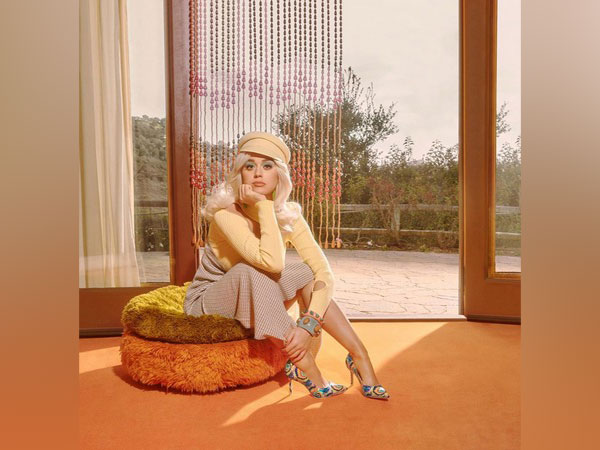 Washington D.C. [USA], Mar 18 (ANI): Singer Katy Perry scored a big legal victory after a federal judge ruled in her favour in a case alleging that she and her collaborators copied her 2013 hit "Dark Horse" from a Christian rap song.

According to The Hollywood Reporter, the lawsuit began in 2014 when artist Marcus Gray initially sued Perry for copying his work from 2009 titled 'Joyful Noise.'
However, the song in question was found to not have enough distinct similarities to the pop star's track to be protected by copyright.
"It is undisputed in this case, even viewing the evidence in the light most favourable to plaintiffs, that the signature elements of the eight-note ostinato in 'Joyful Noise' is not a particularly unique or rare combination, even in its deployment as an ostinato: prior compositions, including prior works composed by the parties, as well as what all agree is a separate non-infringing ostinato in 'Dark Horse,' all contain similar elements," U.S. District Court Judge Christina Snyder wrote in her decision.
"Because the sole musical phrase that plaintiffs claim infringement upon is not protectable expression, the extrinsic test is not satisfied, and plaintiffs' infringement claim -- even with the evidence construed in plaintiffs' favour -- fails as a matter of law," the statement continued. (ANI)
ADVERTISEMENT