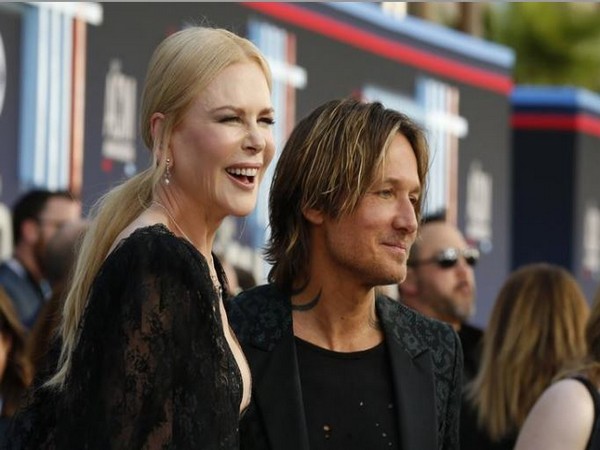 Washington D.C. [USA], Jan 20 (ANI): Actor Nicole Kidman was all praise for her husband-singer Keith Urban as he makes her feel more protected and safe after marriage.

The 52-year-old actor who recently spoke to a tabloid, as reported by Fox News, discussed how she would unwind and explained her bong with Keith and her children.
Talking of her singer husband, Nicole said, "I like to relax by meditating, but what makes me feel most comfortable and secure is being with Keith."
She continued, "Having a partner by your side, someone with whom you can talk, who loves you and who you love, balances everything."
"Before I met him, I was more scared. Now I feel protected thanks to this great friend and wonderful partner I have," Kidman stated, cited Fox News.
The 'Moulin Rouge!' actor who is also a mother of two, Sunday 11, and Faith, 9 said that the most important feeling that makes her feel connected is when she looks forward to hugging her children and Keith after she gets home.
The actor who starred in 'Aquaman' also used to bring her daughters to the set while she filmed, cited Fox News.
"After watching me work on 'Aquaman,' Sunday Rose wants to become a director," she added.
Talking about the American television drama 'Big Little Lies', in which Kidman's performance was widely lauded, she said: "Actors rarely get to choose their projects -- we are chosen by others and we don't exercise any control over our destiny."
The series shows the so-called perfect lives of three rich mothers of first graders, which eventually turns to a story of murder. (ANI)
ADVERTISEMENT