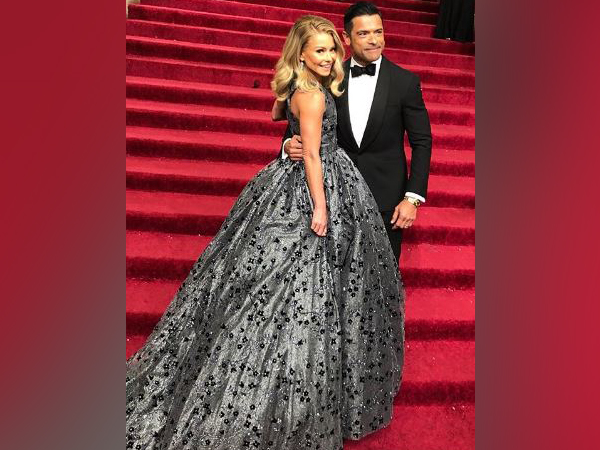 Washington D.C. [USA], May 22 (ANI): American actor and TV show host Kelly Ripa and husband Mark Consuelos have been quarantining with their kids in the Caribbean for the past few months amid the COVID-19 pandemic.

According to Page Six, the 49-year-old star has been filming ABC's 'Live With Kelly and Ryan' from an island hideaway. Friends are staying at the family's New York City abode while Ripa and family are away. Seacrest is filming from his home in Los Angeles.
A source to Page Six told us the family was already in the Caribbean when the shelter-in-place order happened in March. They made the family decided to stay put.
Despite her tropical location, Ripa has made it no secret that she's been struggling amid lockdown, as she teared up on air as she told how she's missing her parents -- and dealing with unruly youngsters who "won't hug me."
The 'Delgo' star said, "I'm like, 'Guys, we've all been on lockdown together. We're fine, you can give me a hug."
The source said, "Kelly's been a good soldier, as she always has been. It's important to her to keep working, and it was super important to her and Mark to donate to pandemic relief." (Ripa and Consuelos donated USD 1 million to COVID-19 causes in March.)
As of Thursday, the family were still abroad, where they celebrated the oldest son, Michael, graduating from the New York University.
Meanwhile, Consuelos has been filling in for Seacrest when he's been off the air, most recently on Monday after Seacrest prompted fears for his health while hosting the 'American Idol' finale Sunday night.
Seacrest was forced to deny he had suffered a stroke, and when he returned to 'Live' Tuesday morning, he said he took the day off due to "exhaustion," and thanked Consuelos for stepping in at the last minute.
The president and general manager of WABC, Debra O'Connell, who produces 'Live', commented: "We have required our staff to work remotely until we decide to return to studio operations. We are incredibly thankful for all that Kelly, Ryan and [executive producer Michael] Gelman have done to make 'Live With Kelly and Ryan' the No. 1 syndicated daytime talk show during this time."
Daughter Lola posted a photo of the family landing in the Caribbean on her Instagram stories, saying "home, "even though they had tried to keep their quarantine destination quiet.
Ripa told an ABC virtual town hall: "We had planned a trip for our family, and it was supposed to be our entire family, of course.
"And we arrive and three days later the entire world changed, really, everything shut down, the government shut down, our country shut down.
"I hate to use the word 'stuck', but we were. We decided to stay where we were."
The 'The Stand-In' star said it was "distressing" that both she and her husband's parents were due to join them.
Ripa said she and Seacrest decided to keep doing the show for some normalcy, adding: "I think it's been a great benefit to have each other, to have our viewing audience ..." (ANI)
ADVERTISEMENT