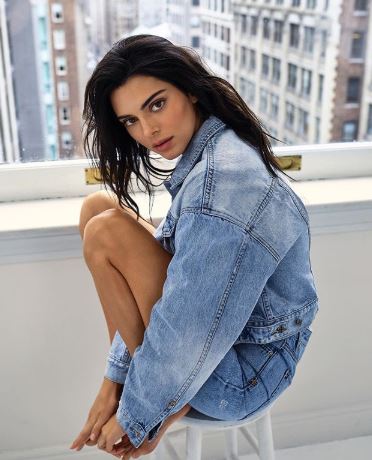 Washington D.C. [USA], Sept 9 (ANI): American supermodel Kendall Jenner, who is serving as a spectator at the New York fashion week this year, is missing spreading glamour on the runway.

"It's a lot more mellow to just go, but I won't lie, today I was missing it. I was watching the girls and I was like, 'Damn, I kind of want to walk,'" she told Vogue, reported E! News.
The 23-year-old Victoria Secret model, who never failed to grab attention with her walk, has enjoyed several Fashion Week festivities this year.
She attended the Longchamp show this weekend and wore a long-sleeved dress from the brand's Spring 2020 collection.
"I love New York," she told the magazine, cited E-News.
"All the Fashion Weeks, everyone gathers together for each one, but for this one specifically, it's those people and then some. It's so fun, and everybody is ready to have a good time."
Several fashionistas have watched the model strut down the runway at the New York Fashion Week before.
She has aced the ramp for major shows including Paris, Milan and London Fashion Week before. However, balancing it all can be stressful. During an episode of 'Keeping Up With the Kardashians,' fans watched Kendall call her mother Kris Jenner after she experienced an anxiety attack during a fashion week.
"Kendall struggles from anxiety and I think she has so much going on that she gets herself really worked up," her mother and manager Kris explained then.
"Kendall gets the most anxious during fashion weeks and when she's traveling a lot. Milan is coming up and trying to juggle it all is overwhelming," Kris said. (ANI)
ADVERTISEMENT