Kevin Hart opens up about cancel culture: 'Lose that attitude' 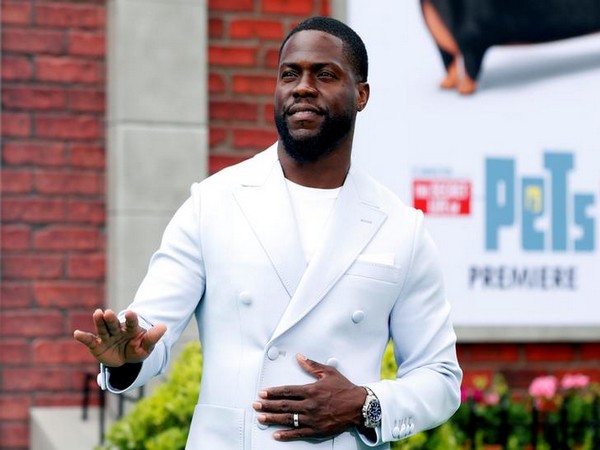 Washington D.C. [USA], May 23 (ANI): American comedian Kevin Hart spoke out about Internet cancel culture after surviving a campaign on social media that called for the end of his career.

According to Fox News, the 40-year-old comedian faced intense scrutiny and backlash after old homophobic tweets resurfaced online in 2019 just as he was supposed to host the Oscars.
The entertainer stepped down from the gig and didn't formally apologise at the time saying that he had addressed those tweets many times before. Hart later said that he regretted how he handled the controversy.
The 'Jumanji' actor opened up further in an interview for O, The Oprah Magazine's Instagram Live.
"You gotta get to a point where you become more realistic. What I mean about being realistic is: Nobody's perfect, nobody's going to be. We're living in a time where we're just expecting perfect, as if people don't slip and fall down the steps, or everybody walks straight all the time," he said. "But you stumble ... it's weird to really hold people at a level that they never asked to be held at."
Hart further explained, "If babies came out with all the knowledge, then what's the point of going from age one through 21? You get to 21, and there's a celebration of you now being an adult because you spent those years being a kid, doing the things that a kid is supposed to do. So you can't hold me accountable for things that I did as a kid that was childish behaviour, at 21 when I'm now an adult...well from 21 to 31, I was a young adult, so I didn't know what life was going to be like as an adult, so I messed up as a young adult."
Reflecting on his behaviour over the past few years, Hart said he believes people need second chances.
"We can't be so persistent with the search to find and destroy. Although some things are warranted and I understand, it's just us as people have got to be smart enough to go ... you know what, whatever has happened, has happened, but people deserve a chance to move on," he said.
"Life isn't over because people say it is, and that's what's been happening as of late. It's like people determine when your end button is pushed, but that's not how it works. We need to lose that attitude and feeling and let people grow. People love to talk shit ... people love to be negative, but guess what? They also love to be positive. But we only talk about the negative," Hart continued.
Kevin is currently expecting his second child, a baby girl, with wife Eniko Parrish. They already share a 2-year-old son named Kenzo and Hart also has two kids from a previous marriage: daughter Heaven and son Hendrix. (ANI)
ADVERTISEMENT