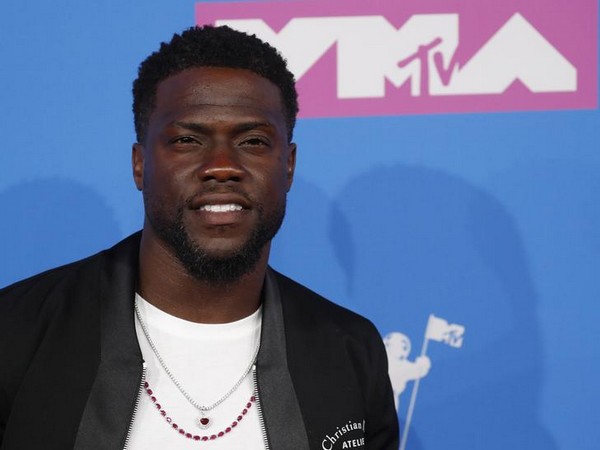 Washington D.C. [USA], Sept 8 (ANI): Actor-comedian Kevin Hart's car was missing important safety features that could have averted many of the injuries he suffered in the car accident earlier this week.

Hart was riding in a 1970 Plymouth Barracuda that did not have a five-point harness and a roll cage, TMZ quoted experts. The features are critically important for cars especially Hart's which also have a 720 horsepower engine.
Hart is on the road to recovery after suffering major back injuries. His long-time friend and actor Tiffany Haddish gave an update about the comedian's health at the Harper's Bazaar Icons party, reported People.
"He's okay. He's doing fine. As far as I know, from the last I heard, he's fine," Haddish told Entertainment Tonight.
The 39-year-old actor added, "He's already walking. He's good," noting that Hart's "back gonna hurt".
The 40-year-old star was left injured when his vintage car veered off the road in California on Sunday morning. The actor was a passenger in his car when its driver, friend Jared Black, lost control and crashed through wooden fencing just before 1 am on Mulholland Highway in Malibu, a spokesperson for the California Highway Patrol shared.
The car crashed about 10 feet off the road and into a ditch, leaving Black and Hart with "major back injuries", TMZ reported on Sunday. A third occupant, Black's fiance Rebecca Broxterman, was unharmed. Hart left the scene and headed to his home nearby, but was later treated for his injuries at a local hospital.
On the work front, Hart is set to appear in 'Jumanji: The Next Level' later this year, and he will also feature in 2020 drama film, 'Fatherhood'.(ANI)
ADVERTISEMENT