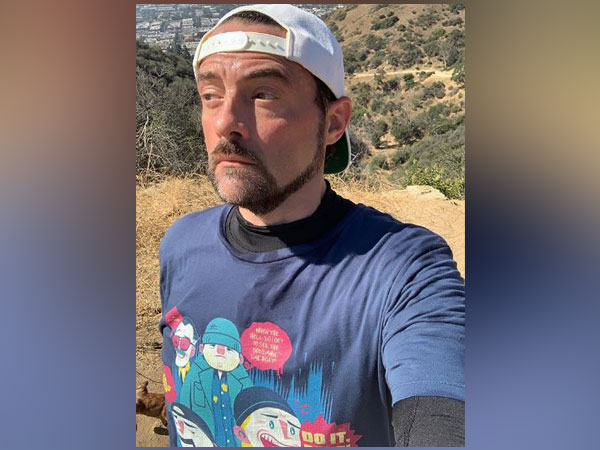 Washington D.C. [USA], Oct 2 (ANI): Filmmaker Kevin Smith announced that he is making 'Clerks III' with the stars from the original.

Smith took to Instagram and revealed that he had talked about making a movie with 'Clerks' and 'Clerks II' star Jeff Anderson on Saturday, who plays the sharp-tongued Randal Graves in the franchise.
"It'll be a movie that concludes a saga," Smith wrote.
"It'll be a movie about how you're never too old to completely change your life. It'll be a movie about how a decades-spanning friendship finally confronts the future. It'll be a movie that brings us back to the beginning -- a return to the cradle of civilization in the great state of New Jersey. It'll be a movie that stars Jeff and Brian O'Halloran, with me and [Jason Mewes] in supporting roles. And it'll be a movie called Clerks III! To be great is to go on. To go on is to go far. To go far is to return. And we're all gonna return to the scene of the crime! This won't be the old script we almost made a few years back: this is a completely new screenplay that I just started writing last night!" his post read.

The original 'Clerks' that released in 1994 was Smith's directorial debut and starred O'Halloran, Anderson, Smith, and Mewes. While 2006's 'Clerks II' featured the same quartet as well as Rosario Dawson and Ben Affleck, among others.
Smith's upcoming film, 'Jay and Silent Bob Reboot' is set to hit theatres on October 15. (ANI)
ADVERTISEMENT