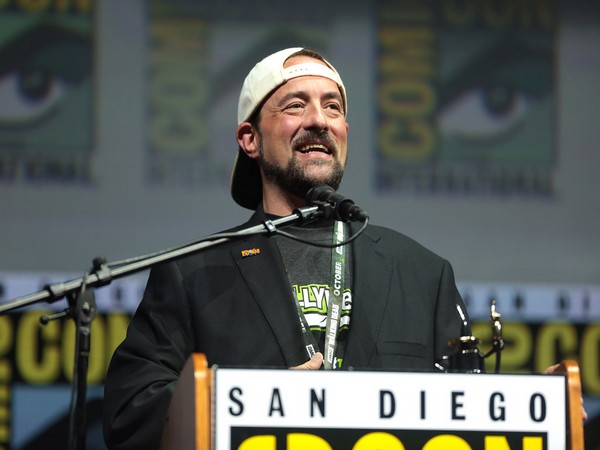 Washington D.C. [USA], Oct 3 (ANI): Filmmaker Kevin Smith has shared the details of a phone call he received from the now-disgraced movie mogul Harvey Weinstein just a week before he was accused with sexual harassment in 2017.
In a recent interview with Business Insider, the 49-year-old filmmaker informed that Weinstein with whom he had worked in the past called him out of the blue after a gap of more than 20 years.

"I said, 'Hey, how are you?' And he goes, 'You know, we have Dogma, I just realized, and we got to get it out there again,' " Smith recalled.
Dogma is Smith's 1999 film that featured Ben Affleck and Matt Damon. The film was produced by Weinstein and had never been available on a streaming platform, with no talks of a sequel.
"I said, 'We do! People online are always asking where they can get it,'" Smith said. "And he then goes, 'You know, that movie had a big cast, we might even be able to do a sequel.' And I was like, 'Yeah man, right on. I might think about that.' And he was like, 'We'll talk.'"
Just a week after the phone call, on October 5, 2017, The New York Times released a story that accused Weinstein of rape, sexual assault, and sexual abuse, reported People.
"I felt sick to my stomach," Smith recalled upon reading the story.
After reading the story, Smith mentioned the phone call to someone who worked at Miramax, also founded by Weinstein. That person, according to Smith, told him they also received a similar call from the now-disgraced producer.
"There are people who are the real victims here, but I have to be honest with you, I felt like it was someone using something you love to provoke a reaction," he said regarding the phone call.
Weinstein is set to go to trial in January 2020 for charges of rape, predatory sexual assault and criminal sexual act based on the accusations of two women, according to The Washington Post, cited People. (ANI)