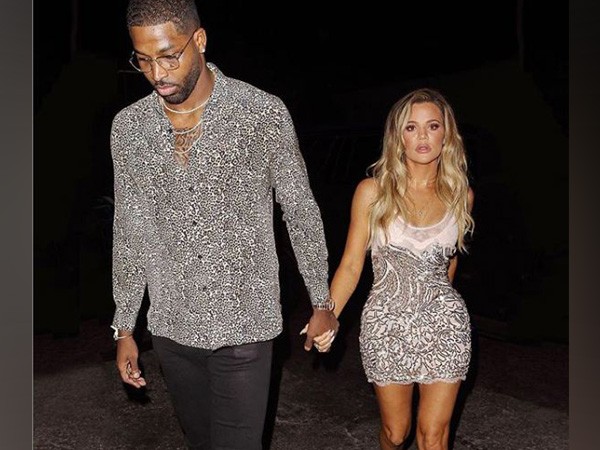 The former partners, who parted ways in February after Thompson kissed family friend Jordyn Woods, have been "spending time together" as they raise their 17-month-old daughter True, an insider told People.
According to the source, Tristan really wants to make things work with Khloe.
"Tristan has showed more of an interest. He seems to want more than co-parent with Khloe. It seems Khloe has moments when she is toying with the idea of getting back with Tristan," the source said.
However, the source added that "someone is quick to point out and remind Khloe of his past disrespectful antics," likely referring to Tristan's scandal with Woods and the allegations that he first cheated on Khloe, while she was about to give birth to True in April 2018.
Tristan seems to be getting pretty aggressive with his approach to win Khloe back and doesn't want to give up until she agrees to be together.
"He's doing everything he can to prove himself and won't take no for an answer. He's saying nice things to Khloe and flattering her constantly," a different source told E! News.
"He knows he made a big mistake and lost the best thing that's ever happened to him. He's very persistent and isn't backing down no matter what Khloe says or does," the source added.
However, a second source told E! News that Khloe has "no interest" in getting back together with her ex.
"She finally feels like she is in a good headspace and they are on such great terms that she doesn't want to shake things up. She doesn't trust Tristan and doesn't want to be hurt again," the insider told the outlet.
The source added, "Tristan has been trying to get back with her since the day he cheated, and she is still not buying it. She likes being on good terms and co-parenting. She doesn't want to rock the boat right now."
It's not a surprising development for the fans of 'Keeping Up with the Kardashians'. During this season's premiere in September, Khloe claimed that Tristan tried to kiss her while putting True to bed shortly before their daughter's first birthday party.
"He was just kind of lingering. He was like, 'So, do you want to grab a glass of wine?'" she said, adding that Tristan even tried to kiss her after she reluctantly gave him a hug.
"I go, 'This is the problem with you. You can't just take what you get'. Then this morning he was like, 'Thank you for letting me see True. She looked great, you looked even better.' Sometimes I feel like if I give an inch, he'll take a mile and take my kindness for weakness," she said.
Khloe and Tristan officially called it quits in February, following his cheating scandal with Woods. (ANI)
ADVERTISEMENT