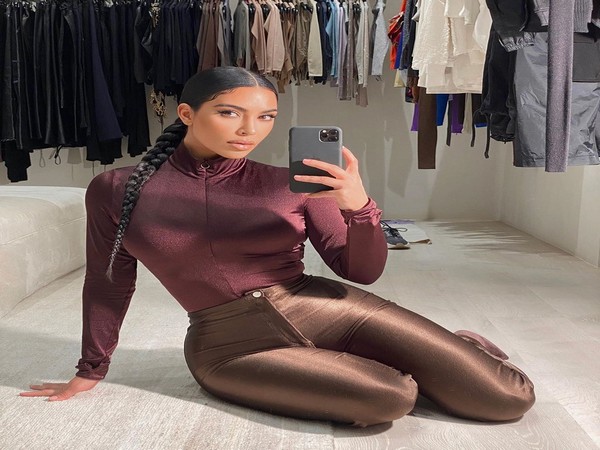 Washington D.C. [USA], Jan 24 (ANI): American media personality Kim Kardashian West to face a lawsuit for stealing a picture of herself with husband Kanye West which she posted on Instagram.

According to TMZ, the picture featured the couple sharing a romantic moment at Nas' album release party back in October 2018.
The snap got more than 2.2 million likes however, a professional photographer named Saeed Bolden claimed that Kim used his professional picture, which he owns on her Instagram account without his permission.
In a lawsuit, obtained by TMZ, the photographer mentioned that he never gave the TV star permission to use the picture on her social media account neither did she pay him to use it.
Bolden didn't give any further details on how much he is suing Kim for, but it seems he seeks to gain some profit out of this along with some punitive damages.
And, despite Skims account never posted the same photograph, Saeed is also suing the shapewear line, as he claims that it shares Kim's Instagram account. (ANI)
ADVERTISEMENT