KJo congratulates Big B on completing 50 years in Bollywood 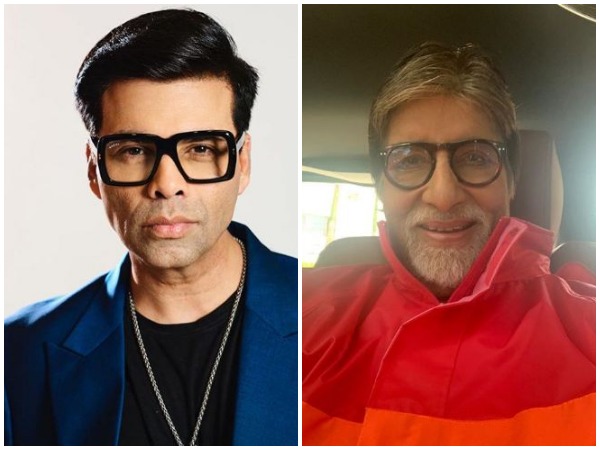 New Delhi [India], Nov 7 (ANI): As the 'Shenshah' of Bollywood Amitabh Bachchan completed half a century in the industry, director Karan Johar congratulated the ace actor for the milestone.

Karan wished the star of the century by retweeting Abhishek Bachchan's post on Twitter, which he captioned as," He will remain the most inspiring story in the world of entertainment! Words alone cannot describe his achievements." 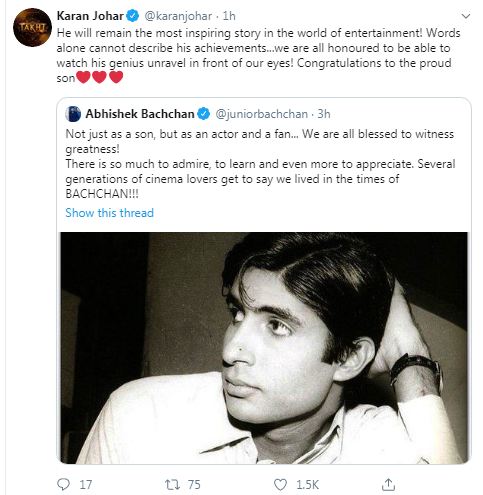 "We are all honoured to be able to watch his genius unravel in front of our eyes! Congratulations to the proud son," he added.
While Johar wished Big B on this occasion, TV and film producer Ekta Kapoor also shared Karan's post and congratulated the 'Kabhi Khushi Kabhie Gham'actor. "There are stars ...then superstars ...and then there is AMITABH BACHCHAN (uncle /sir)," read her tweet.
The 77-year-old actor began his career in Bollywood with 'Saat Hindustani' in 1969.
His popularity reached heights the 1970s after films like 'Zanjeer,' 'Deewaar,' and the blockbuster 'Sholay'.
Amitabh Bachchan recently received India's highest award in cinema - the 'Dadasaheb Phalke Award'.
The megastar has worked in over 190 Indian films during his five-decade career and also has a statue at the 'Madame Tussauds' wax museum in London.
Last seen onscreen in 'Badla', Bachchan is also the recipient of four National Film Awards for his roles in 'Agneepath', 'Black', 'Paa' and 'Piku'.
He was honoured with Padma Vibhushan - the country's second-highest civilian honour - in 2015. (ANI)
ADVERTISEMENT