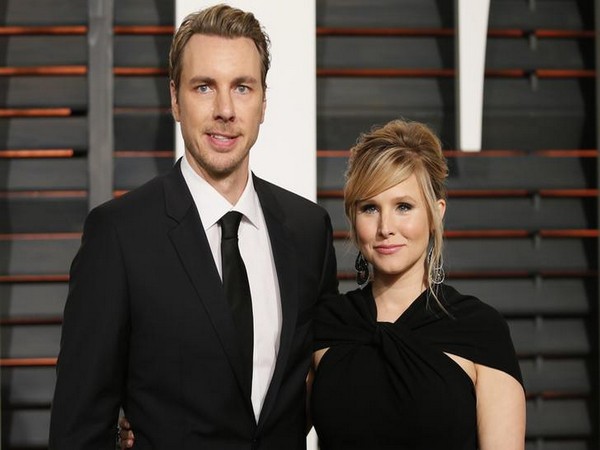 The 39-year-old actor in an episode of the podcast revealed that she and Shepard realised early that their relationship would always be in the spotlight. She said, "So if we were going to talk about it, let's make sure we show the good, the bad and the ugly, and how we handle it. Let's not make it saccharine. And we really try hard to not make it saccharine, and we talk about the fact that we do fight, we do go to therapy, we dislike each other a lot sometimes," reported Us Weekly.
She 'Good Place' actor went onto add that they had "pretty incredible fight recently."
She said that "By Incredible I mean, like, top of the lungs screaming." The 'You Again' actor revealed that it was about things around the house that she needed help with and stated that they have a relationship where they are supposed to be able to ask for help in things.
And she also revealed that she used to write notes for Shepard where she wrote, "Hey, Dad! Would you mind taking the two towels in the dryer and folding them, and then, like, one other thing."
The 'Frozen 2' star admitted that she was only presenting her side of the story and also contended that she thought it would only be 10 minutes of work for her husband. She also said the Shepard didn't appreciate the instructions and said. "He goes, 'When you leave me notes, yeah, I feel really controlled.' And he launched into how he felt about it."
That is when their argument erupted. She said that they both blacked out and got into a fight and after which she doesn't actually remember what happened. She recalled that after this incident she grabbed her pillow and stomped down the hall and slept in the front room crying. After which they didn't talk for three days.
The couple broke their stalemate at the end of those three days when they found a rescue dog they couldn't resist. The 'When in Rome' actor said, "I didn't get an apology, but I got a dog!"
Bell also stated that she never talked about they never talked about that fight ever, but she still said that Every single thing that she needed help with since that fight, Shepard has always been ahead. She also stated that, "I couldn't complain about him if I tried right now."
Bell and Shepard tied the knots in 2013nd have two daughters, 6-year-old Lincoln, and 5-year-old Delta. (ANI)
ADVERTISEMENT