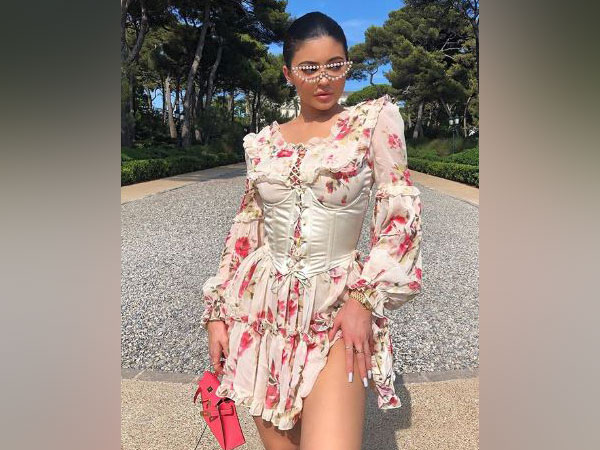 The 20-month-old Stormi looked absolutely thrilled.
Jenner on Friday shared the moments of her revealing the swing set, which features a tic-tac-toe board, to Stormi on her Instagram Stories.
"I got you something," Jenner tells Stormi, who runs out of the house and into the backyard in awe.
Stormi looked fashionable for the occasion. She paid homage to her father by sporting a shirt that featured his action figure doll and an animal print jacket and black shorts. 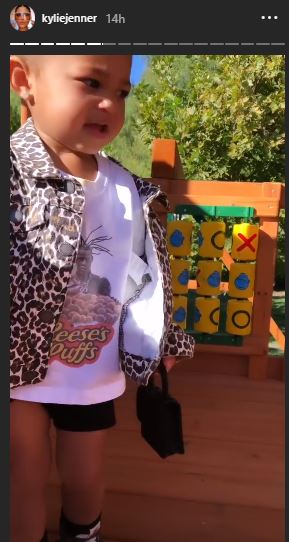 "It's cool," Stormi says excitedly as she walks toward the structure.
She then convinces Jenner to climb the swing set bridge.
Jenner seemed a bit perplexed at first, but later revealed she thought Stormi was saying "bitch" not "bridge."
Jenner later shared a video of Stormi reluctantly climbing the bridge on her own.
"Mommy!" Stormi pleads to Jenner asking for help, but the reality star instead encourages her.
"You got it!" Jenner tells Stormi, who sweetly repeats it back to herself.
As she crawls across, Kim Kardashian West's daughter Chicago meets her at the other side.
"Nothing better than being someone's mommy," she captioned the clip.
Earlier this week, it was reported that Scott and Jenner would be "taking some time apart," a source told People that Stormi "will spend equal time" with her parents following the split. (ANI)
ADVERTISEMENT