Lady Gaga, Ariana Grande team up for 'Rain on Me,' shares audio track 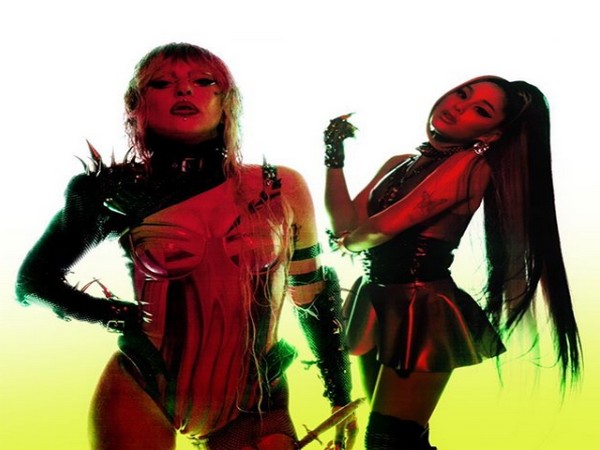 Washington D.C. [USA], May 22 (ANI): Singers Lady Gaga and Ariana Grande who have teamed up for a new peppy music 'Rain on Me,' dropped the audio track on Friday.

The three-minute and three-second long music track begin with the voice of Gaga, followed by the 'Side to Side' singer. The music showcases both the crooner's style of singing.
'Rain on Me' will be featured on the 'Shallow' singer's upcoming 'Chromatica' album which is scheduled to release on May 29.
Gaga while talking to DJ Zane Lowe of the collaboration on Apple Music explained the "joy" when two artists go well together to create music, cited Billboard. The 34-year-old star also talked of how their friendship blossomed.
"When she came into the studio, I was still crying and she was not. And she was like, 'You're going to be OK. Call me; here's my number,'" Billboard quoted Gaga as saying as she explained about her growing friendship with Grande.
"And she was so persistent. She would try over and over again to be friends with me. And I was too ashamed to hang out with her because I didn't want to project all of this negativity onto something that was healing and so beautiful. And eventually, she called me. She was, 'You're hiding.' And I was ... and then this friendship blossomed," the singer added.
Gaga also noted that fans will see Grande do things she's never done before in the song's music video. (ANI)
ADVERTISEMENT