Larry King opens up about his health conditions on 86th birthday 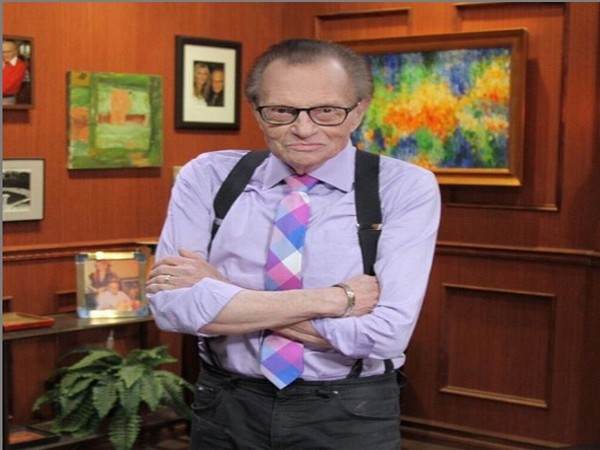 Washington D.C [USA], Nov 27 (ANI): As television and radio show host Larry King ringed in his 86th birthday on Monday, the star opened up about his health and condition in the wake of a heart attack earlier this year.

The star opened up to Extra about his health condition, reported People magazine.
As it turns out, Larry revealed that he experienced yet another scary medical issue in March -- just one month before he underwent heart surgery -- that left him in a coma for weeks.
"I had a stroke," he explained to Extra.
"Everything got better except [for] my left foot, and I have been rehabbing that every day, and they tell me I'll be walking by Christmas. Not bad, I've been walking with a walker."
"It's been a rough year, I don't remember anything since March -- I had the stroke in March," Larry continued. "I haven't driven a car, but I'm back at work and that makes me feel great."
Despite being in the coma -- which according to the former television host "lasted a couple of weeks" -- and undergoing heart surgery afterward, the veteran journalist noted that his doctors have been very impressed with his positive attitude.
"My head doctor said I have an incomparable spirit," he told the outlet at his birthday bash, which was held by the Friars Club at the Crescent Hotel in Beverly Hills.
The heart surgery and stroke are far from the first medical issues that Larry has experienced in his life.
The television personality previously suffered a heart attack in 1987 and was diagnosed with prostate cancer in 1999.
In 2017, Larry revealed he had been diagnosed with stage 1 lung cancer after getting an X-ray during a routine annual physical exam. (ANI)
ADVERTISEMENT